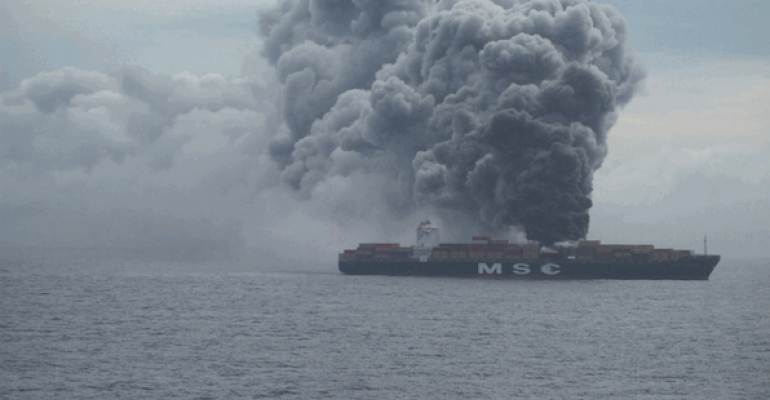 The MSC Flaminia fire and trial should serve as a warning to tank container operators of their potential exposure in the event of an accident involving hazardous cargoes, and that they must take responsibility for the cargoes being carried, a TT Club seminar has been told.

Lawyer Peter Skoufalos, addressing the ‘Managing Risk for Tank Containers’ seminar held in London, said tank container operators transporting hazardous cargoes should be aware of the type of exposure they face “even in this niche market”.

He pointed out that phase two of the post-Flaminia trial determined that the shipper of the DVB (divinylbenzene), which exploded as the result of runaway auto-polymerisation, and the NVOCC/tank container operator bore sole responsibility for the incident, which claimed the lives of three crew members and generated an initial $100m in cargo claims. This might actually be a ‘small claim’ in the context of today’s operations and size of vessels, he said.

Skoufalos, a partner at Brown, Gavalas & Fromm who represented several NVOCCs in the Flaminia case, said: “The court found that you can’t just sit on your hands and say OK, I have done the minimum, when you know more [about possible risks].”

Tank container operators must make sure the cargoes being transported are properly classified and they should proactively suggest if another classification might apply, he said. “Don’t say we have done something for 20 years and nothing happened, so why bother? That is not enough in this highly litigious world.”

He said that the most important lesson from the Flaminia case was the need to keep meticulous records about equipment and the processes followed. He also said operators should develop internal procedures, have them in writing and be able to demonstrate to a judge that they do not take the dangerous goods aspects of their business lightly but consider what the hazards are. 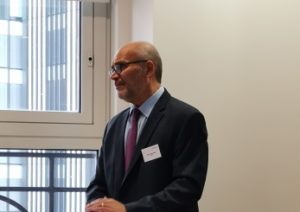 However, Skoufalos also tackled the ‘two-hat dilemma’ of the NVOCC, which he said was ‘screaming for regulatory requirements’.

“We can’t have this fiction of wearing two hats, acting as shipper but buying into hundreds of millions of dollars of liability,” he said.

He also criticised the "clear lack of training" of many clerical staff who lack the knowledge of dangerous goods and their risks and may accept potentially inaccurate declarations as ‘gospel’.

Penelope Cooke, managing scientist at Brookes Bell, discussed the issues around mis-declared cargoes and the corrosion of stainless steel, with associated risks.

Read more: Containership fires – the importance of knowing your customer

Operators should look out for ‘mismatches’ such as the dead fish placard or an explosivity placard, but no UN number – “then something is wrong”, she said. “What are you shipping – the trade name or the chemical name? It might be Freddy’s bar of soap, but what does it contain?”

After the seminar, she told Seatrade Maritime News: “The biggest issue the industry has is anti-competition rules, because no one wants to be accused of price-fixing. But there is a need to bypass that for safety purposes and allow all the different competitors to talk to each other about safety controls on a product. That has nothing to do with collaboration with pricing or anti-competitiveness but everything to do with the passing on to a competitor a tank container or box that might catch fire.”

Some mis-declarations are down to ignorance rather than a fraudulent attempt to bypass restrictions or avoid paying extra costs, she said. “But take the case when calcium hypochlorite was declared as children’s toys. That was blatant and it was fraud.”