ONE Apus could ready to depart Kobe by mid-March 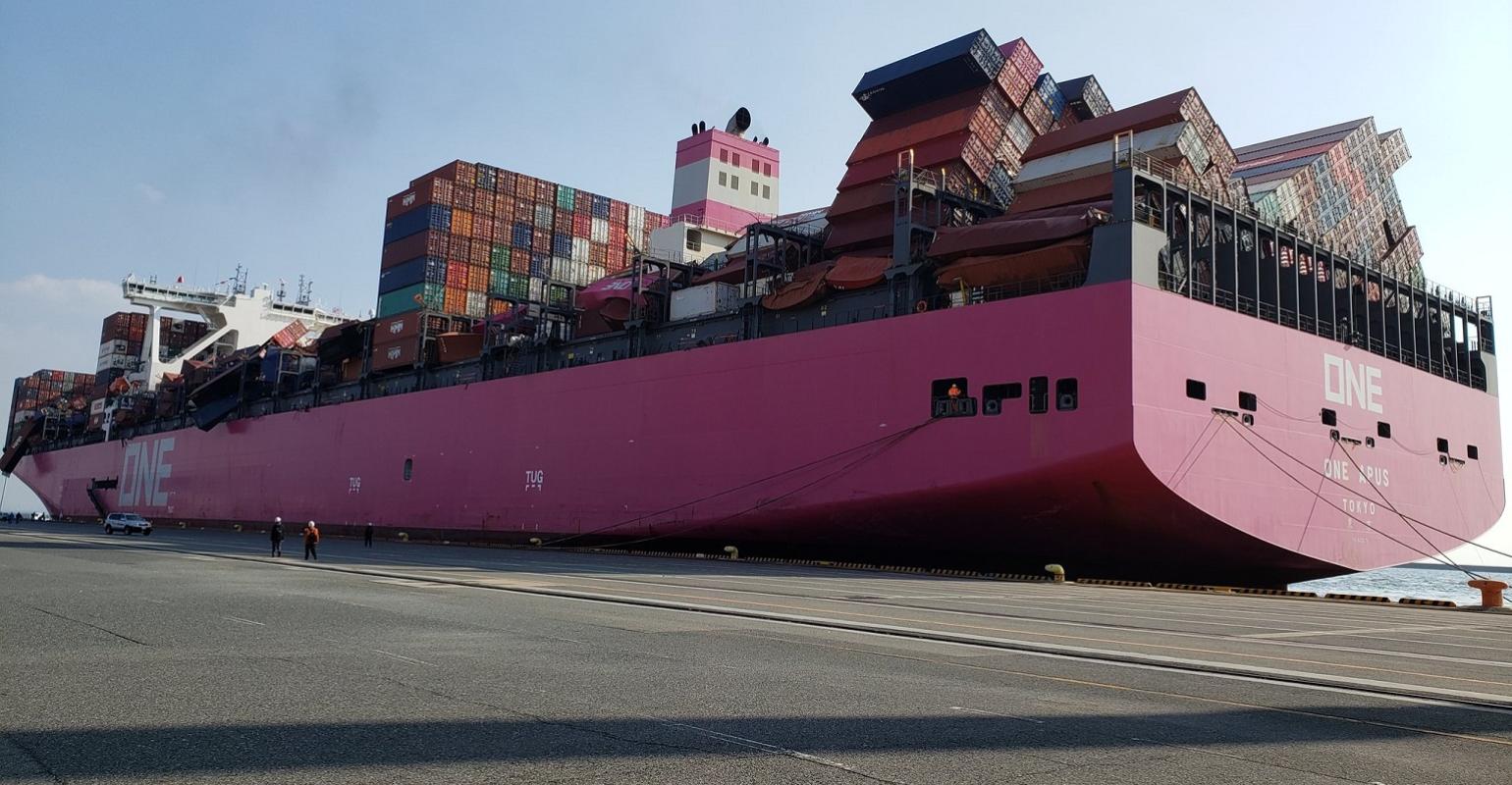 ONE Apus arrives in Kobe port
The unloading and inspection of damaged containers from the boxship ONE Apus looks set to be completed around mid-March allowing the vessel to depart the Port of Kobe.

The ONE Apus lost 1,816 containers overboard in violent storm on 30 November 2020 while transiting the Pacific Ocean. The vessel bound from Yantian to Long Beach turned around and headed for Japan after the incident with discharge operations starting in the Port of Kobe on 11 January.

Ocean Network Express (ONE) said in customer advisory that 859 containers had been safely discharged from the ONE Apus by 17 February.

Related: 18 days to discharge 129 containers from storm damaged ONE Apus

“At this moment, we would like to advise you that all works are in progress to make ONE Apus available to depart around mid of March (subject to change),” ONE said in the advisory.

More details on the sailing schedule will be released on a later date.