One dead, two missing from fishing vessel after Odfjell tanker collision in Galveston 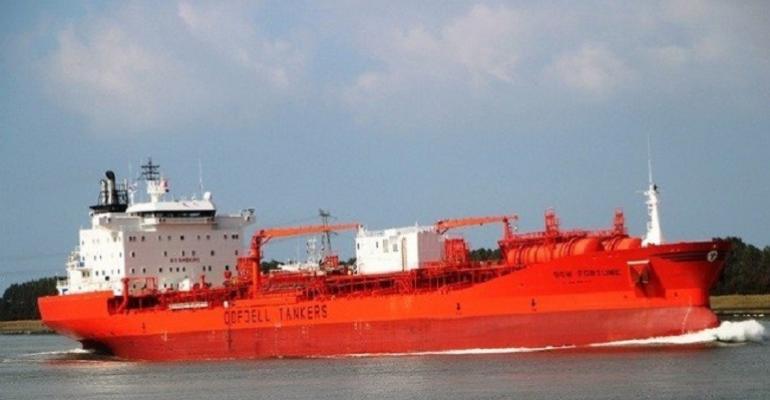 A fishing vessel collided with the tanker Bow Fortune in Galveston, Texas leaving one dead and two missing

The US Coast Guard (USCG) said it was searching for two fisherman from the vessel Pappy Pride which capsized after a collision with 37,395 dwt chemical tanker Bow Fortune at 3-35pm on Tuesday near Galveston jetties. Two other fisherman were saved and pulled from the water following the collision.

The Bow Fortune is owned by Norwegian owner Odfjell Tankers and managed from Singapore.

“Two of the fishermen were pulled from the water by the crew of a good Samaritan vessel and the RB-M boat crew. Both were transferred to emergency medical services personnel.” According to local reports one of the two rescued later died.

The USCG said the search for the two missing was ongoing and the cause of the collision was being investigated.