The pressures of extreme salvage operations 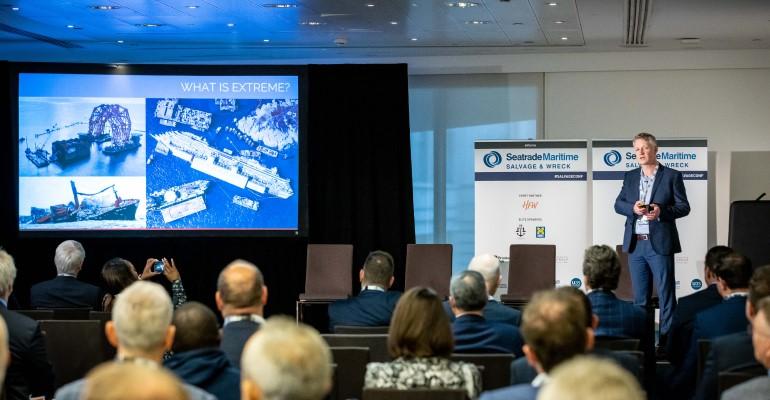 Weather conditions, the environment, the cargo onboard a vessel, the location of a vessel, the type and size of a vessel and the regulatory requirements of local authorities can all contribute to taking a normal salvage operation to the extreme, said Burnay.

A range of novel factors can contribute to the cost- and time-intensive nature of extreme salvage, said Burnay, giving two examples of wrecks in very different situations.

The first example was of the Thorco Lineage, a general cargo ship aground in Tahiti, on a remote atoll with little more than fishing villages nearby in the middle of the Pacific Ocean.

Asked during daily operational updates why everything in the salvage operation took so long and cost so much. “I suggest, if you've got Google Earth in front of you, center it on Tahiti. This is the image you get: 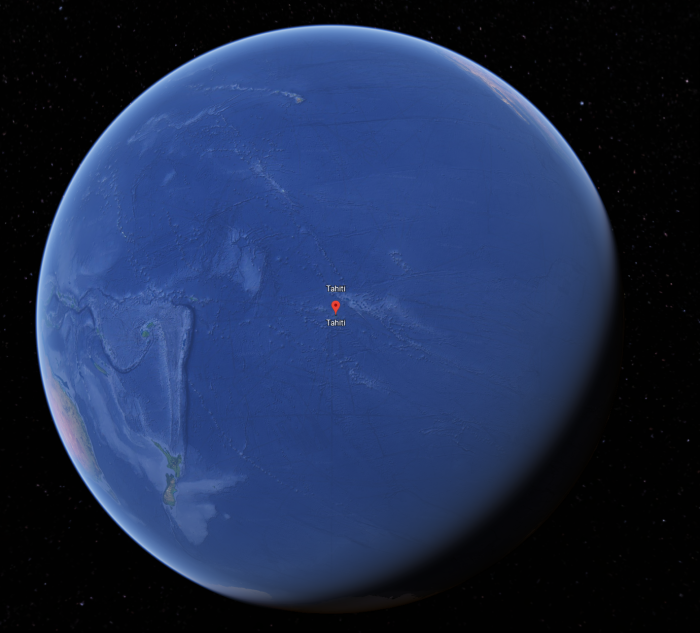 “And that's why things take time and are expensive. All you see is ocean, and you're 6000 miles from anywhere with any infrastructure, it's a real challenge,” said Burnay.

For salvors, isolated locations generally mean that equipment and assets are further away, requiring more time and money to deploy to a salvage operation. In the case of the Thorco Lineage, the tug eventually used to tow the vessel to a repair yard came from Seattle in the US.

Isolated locations also raise the question of where a ship should be taken for repair, with difficult decisions needing to be made about the risks posed by a vessel under tow and its cargo. For Thorco Lineage, its cargo of zinc calcine is a toxic to the marine environment, so consideration had to be given to sensitive marine areas and typhoon seasons to minimise both the risk of spillage and the impact should the worst happen.

The ship was eventually towed for 60 days to a yard in Korea. During the voyage the ship fishtailed across the Pacific rolling +/- 25 degrees.

Burnay gave the contrasting example of the Northguider, a shrimp trawler wreck removal job in the arctic off Svalbard, the northernmost wreck removal project ever completed.

The ship ran aground a 36 hour sail from the nearest main town of Longyearbyen with the added complications of ice management, permanent darkness in winter, changeable, unpredictable weather and the risk of polar bear attacks.

“Polar bears are beautiful creatures, but are a genuine risk. Everyone sort of laughs and jokes about it, but we as part of the operation full time polar bear guards were employed… we were mobile food delivery for the polar bears and they were hungry,” said Burnay.

It was decided that the trawler would be left in situ until the summer, and a caretaking operation was launched to strip the vessel of any fittings and fixtures which would pollute the environment. With temperatures around -35 degrees, workers could only be outside for 20 minutes at a time before returning to a warm room, adding significant time to the job.

The stricken vessel was affected by ice build up which poses a safety challenge to workers and affected the orientation of the ship.

“Then as we progress into spring, the ice falls, and that's a bigger problem in many ways, because it's dynamic, the ice is moving there are these big ice flows… you end up with situations where large icebergs show up against the wreck. Ultimately, the forces are so large that the ice is going to do what it will do. And in this case, increasing the list on the vessel,” said Burnay.

Ice management was a core concept of the operation, said Burnay, with tugs on site to physically push ice away from the wreck like goalkeepers or even use their propulsion wash to divert the flow of ice.

“So where does that leave us in terms of the industry as a whole? We've all heard that opening up the Arctic sea routes - the Northern Sea Route and Northwest Passage - presents opportunities for cutting down voyage times, particularly Asia through to Europe. And as the ice shelf changes and reduces, so then people will seek to take advantage of that. But there are, as you've probably got the hint, significant risks to that, and challenges that need to be dealt with,” said Burnay.

Geopolitical risk also needs to be considered, as Russian icebreakers are often used on the Northern Sea Route and sanctions could prove a hinderance to an emergency operation should a Russian icebreaker need to be employed to assist.

Burnay also warned of the implications of larger vessels and vessels with more crew and passengers entering the extreme environment of the arctic.

The easiest way to avoid an extreme salvage operation is not to have a casualty, Burnay said. How is that achieved? “Any operation whether it's the Arctic or transiting through Pacific atolls, needs to consider the risks, think: ‘what are my contingencies?’ And prepare for it. It sounds obvious, but always worth stating.”