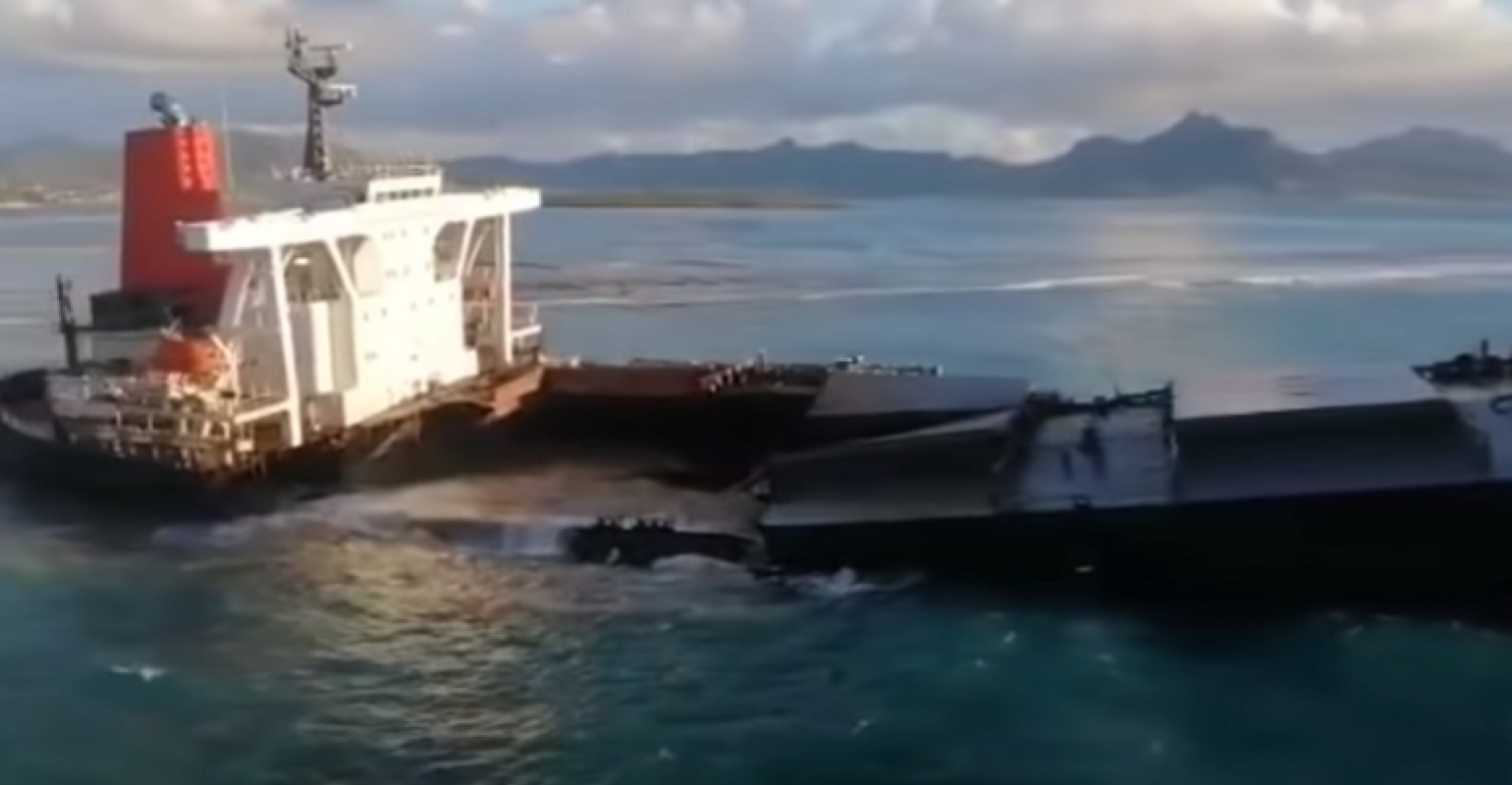 Nagashiki Shipping, owners of the Wakashio, have salvors for the removal of the aft of the vessel remains grounded off Mauritius.

The Japanese shipowner that Chinese salvor Liangyungang Dali Underwater Engineering had signed a contract for the salvage of the aft section on 20 October.

“Regarding support for the Mauritius people who caused inconvenience, we will cooperate with MOL's Mauritius Natural Environment Restoration Fund, continue coastal oil recovery work, dispose of the rear part of the hull, investigate the cause of the accident, etc. We would like to work in parallel while fulfilling the responsibility of the ship owner, such as procurement and transportation,” Nagashiki Shipping said.

The vessel was on charter to MOL (Mitsui OSK Lines) when it grounded on 25 July.

The bow section of the stricken bulker was towed to deeper waters in August and scuttled.

The aft section of the bulker remains on the reef where the vessel grounded on 25 July, later causing a bunker spill and splitting in two on 15 August.