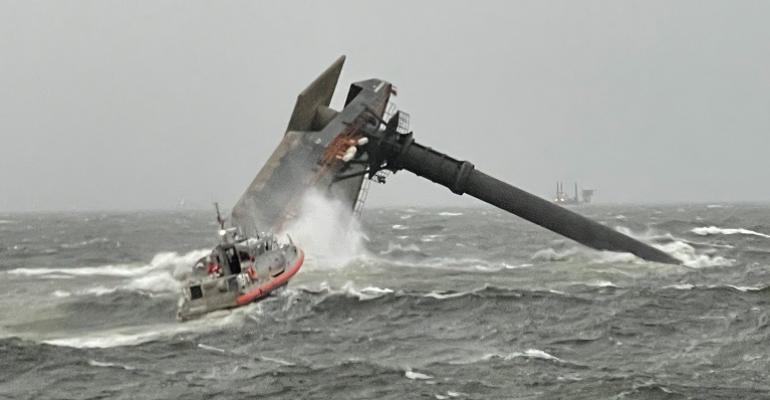 Six people have been rescued and the search is on for more missing from a liftboat that capsized near Port Fourchon.

Two from the capsized liftboat were rescued by USCG response vessels, while a good Samaritan vessel rescued a further four from the water.

The search is now on for an unknown more number missing. The search involves four Coast Guard vessels, four good Samaritan vessels and a Coast Guard helicopter and aircraft.