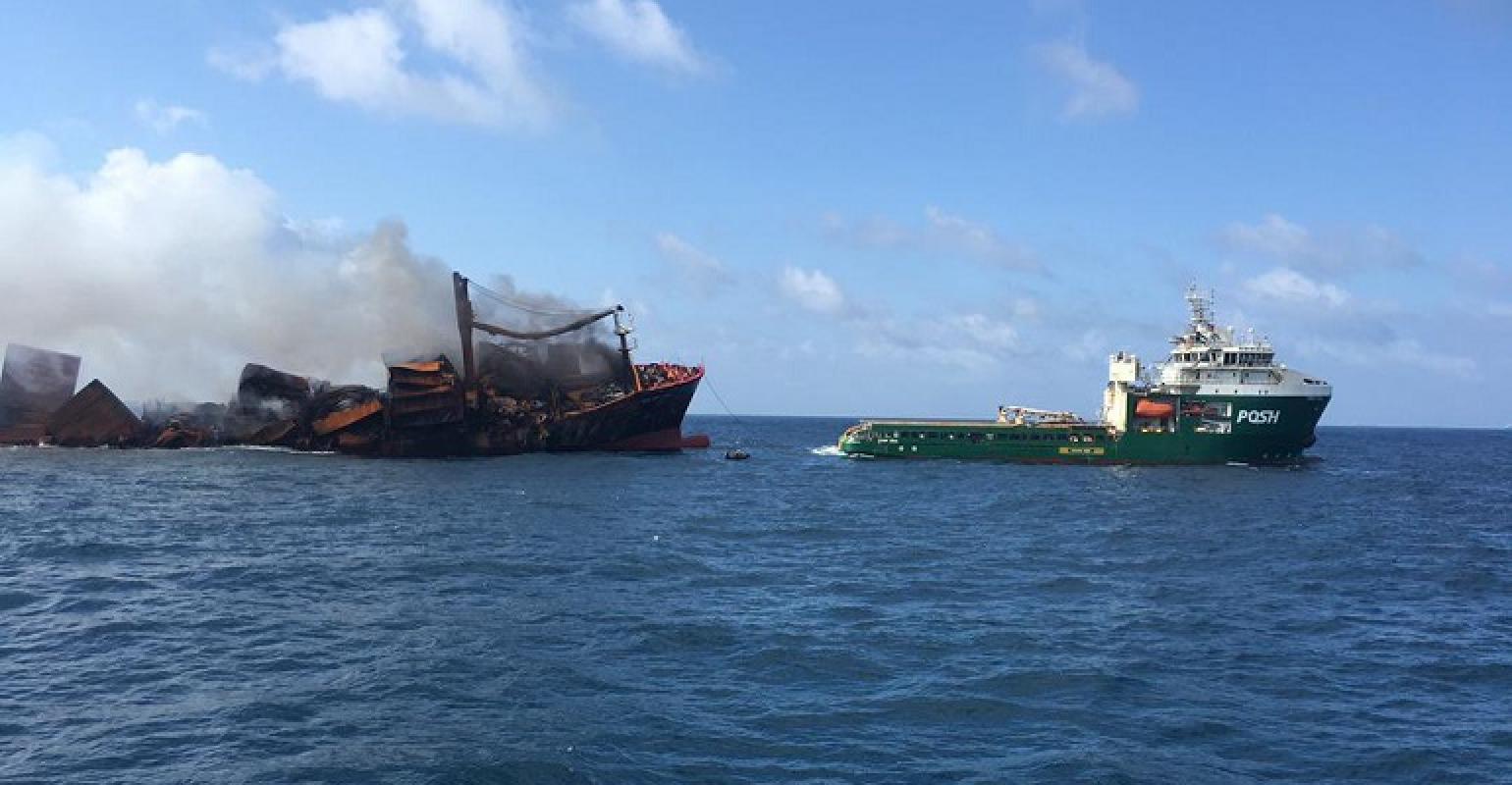 The Master of the X-Press Pearl has been arrested by the Sri Lankan police as clean-up operations from the sunken containership continue.

The Russian Captain Vitaly Tyutkalo was arrested on Monday and appeared in court in Colombo before being released on bail according to reports.

"No formal charges were laid, but he was produced before court on suspicion that he has committed an offence under the Marine Pollution Prevention Act," AFP reported a police official as saying.

The chief officer and chief engineer of the X-Press Pearl have also been questioned by Sri Lankan police as part of a criminal probe.

Sri Lanka is seeking $40m in damages from the X-Press Feeders in Singapore, which operates the 2021-built vessel. The X-Press Pearl sank off Colombo nearly two weeks after a fire started from a container with a cargo of nitric acid. The casualty resulted in tonnes of plastic raw materials spilling from containers and polluting Sri Lankas beaches and shoreline.

Sri Lanka’s Marine Environment Protection Authority said on 13 June that operations had cleaned-up over 1,000 tonnes of debris along 200 km of shoreline that had spilled from the stricken vessel.

There have also been fears of an oil spill from the X-Press Pearl’s bunker tanks. The vessel’s owners said on 12 June that observation of the wreck showed no signs of debris and no confirmed reports of fuel oil pollution as 18-00 hrs Sri Lankan time on 12 June.

Regulatory framework seriously behind on container fires at sea
Jul 22, 2021

MOL Charisma out of service for repairs after grounding
Jul 14, 2021