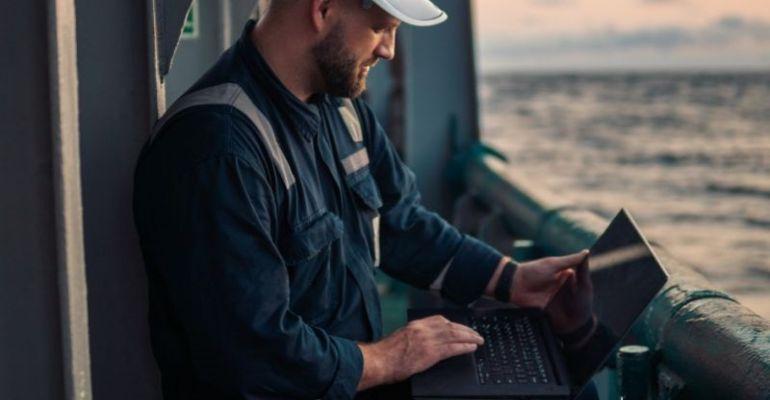 The first-of-its-kind seafarer mental health live training course will be launch on the eve of World Mental Health Day on 10 October.

The sessions will be the first-ever mental health courses to be live-steamed both onshore and offshore. The vessel-based training is being made possible thanks to Tapiit Live’s new deal with satcoms provider Inmarsat which enables live-stream training to nearly 10,000 ships. In addition, the courses will be live-streamed onshore direct to companies training facilities and seafarers homes.

“Seafarers often live in cramped conditions, which we know can impact on mental wellbeing, so the main point of the course is to get people out of their cabins and into mess rooms where they can interact,” said Richard Turner, ceo of Tapiit Live.

“The important difference in what we do is that this is not a webinar or e-learning but we are trying to create a classroom environment where the lecturer engages with participants every five minutes and they feel able to interact. Nothing beats classroom style learning and while e-learning is effective, live-streaming is better as it ensures seafarers can actively engage with the tutor in real time or via private chat,” Turner explained.

The new training package is titled ‘Mental Wellbeing at Sea at Times of Uncertainty’, with the one-hour course touching on welfare of those onboard, including three minutes of breathing space techniques for dealing with anxiety.

The course will be conducted by Dr Glynn-Williams, who will remain online for a further one hour after the class has ended so that seafarers can approach her individually if they wish to.

While the course is not intended as a clinical session, Dr Glynn-Williams will be able to refer individuals to a network of further mental health assistance should she feel it is needed.

Tapiit Live said it also offers a Welfare for Leaders course that recognises that strong mental health should come from the top.

“Seafarers are a very resilient community and mental health was rarely talked about during my seafaring career. As a cadet manager for a number of years, I lost a number of cadets to suicide, which stemmed from not talking and communication completely shutting down,” recalled Lee Clarke, project manager of Tapiit Live.

“We want to break down these barriers, which is a massive step for seafarers, and it’s been reassuring to see them embrace this already.  My longest stint at sea was six months so I can’t imagine what some of these seafarers are going through with crew changes taking so long, sometimes well over a year, and maritime nations closing their borders. These people are the pillar of our communities, delivering everything so that we can fill our cars with petrol or go into Tesco and get our groceries while we’ve been at home in isolation, so it’s hugely important that we concentrate on their wellbeing,” Clarke said.

According to IMO estimates, there are as many as 300,000 seafarers each month requiring international flights to enable crew changeovers. Additionally, around 70,000 cruise ships staff are currently waiting for repatriation.

Most seafarers work a typical contract length of 11 months, but many have now been at sea for up to 15 months due to the pandemic, working on average 10-12 hours a day.

Charitable organisation Human Rights at Sea said seafarers face isolation, sleep disruption, exhaustion, as a recent survey revealed that one out of five seafarers had thought of self-harm.