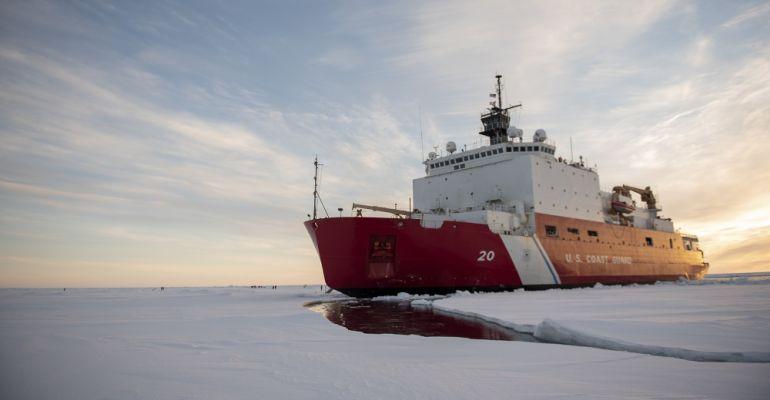 The US has stopped all Arctic research operations after a US Coast Guard (USCG) ice-class research vessel caught fire in one of the main propulsion motors last week.

On 15 August, the vessel Healy was in Alaska and embarked 11 scientists before departing on 18 August to conduct science operations in the Arctic.

The Healy, while en route to the Arctic, suffered an electrical fire which was also swiftly extinguished. No injuries were reported.

As a result of the fire, all Arctic operations have been cancelled.

Due to the fire, Healy’s starboard propulsion motor and shaft are no longer operational, and the vessel has transited back to its homeport in Seattle for further inspection and repairs.

“I commend the crew of the Healy for their quick actions to safely combat the fire,” said Vice Adm. Linda Fagan, the Pacific Area commander.  “This casualty, however, means that the United States is limited in icebreaking capability until the Healy can be repaired, and it highlights the nation’s critical need for Polar Security Cutters.”

The Healy is one of two ice breakers in US service and is the only military ship dedicated to conducting research in the Arctic.

Construction of the first Polar Security Cutter is scheduled to begin in early 2021 with delivery in 2024.