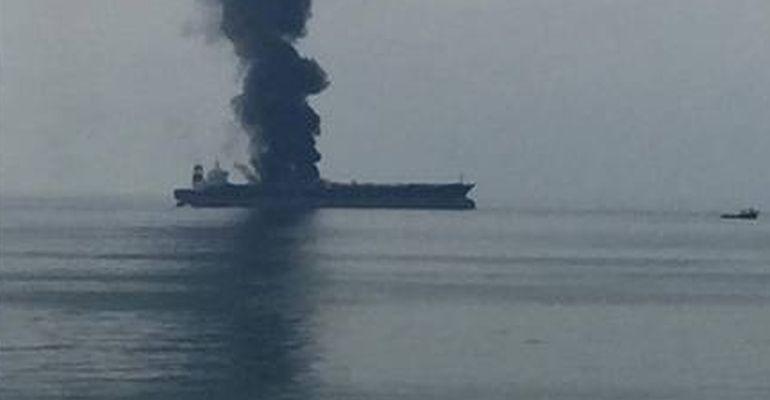 A large crude oil tanker caught fire in the Persian Gulf west of the Strait of Hormuz, and rescue operations have evacuated the crew to safety.

The VLCC, owned by Ullib Shipping, caught fire off the UAE coast of Sharjah on Wednesday, reports said.

The UAE Federal Transport Authority said the rescue and emergency response have responded to the distress call and rescued all 16 crew members.

The authority further confirmed that the tanker was not loaded with any oil shipment, while the cause of the fire is not yet determined.

The fire comes amid rising tensions in the Middle East, where in January the US killed a top Iranian general in Iraq, to which Iran responded with strikes on American forces there.