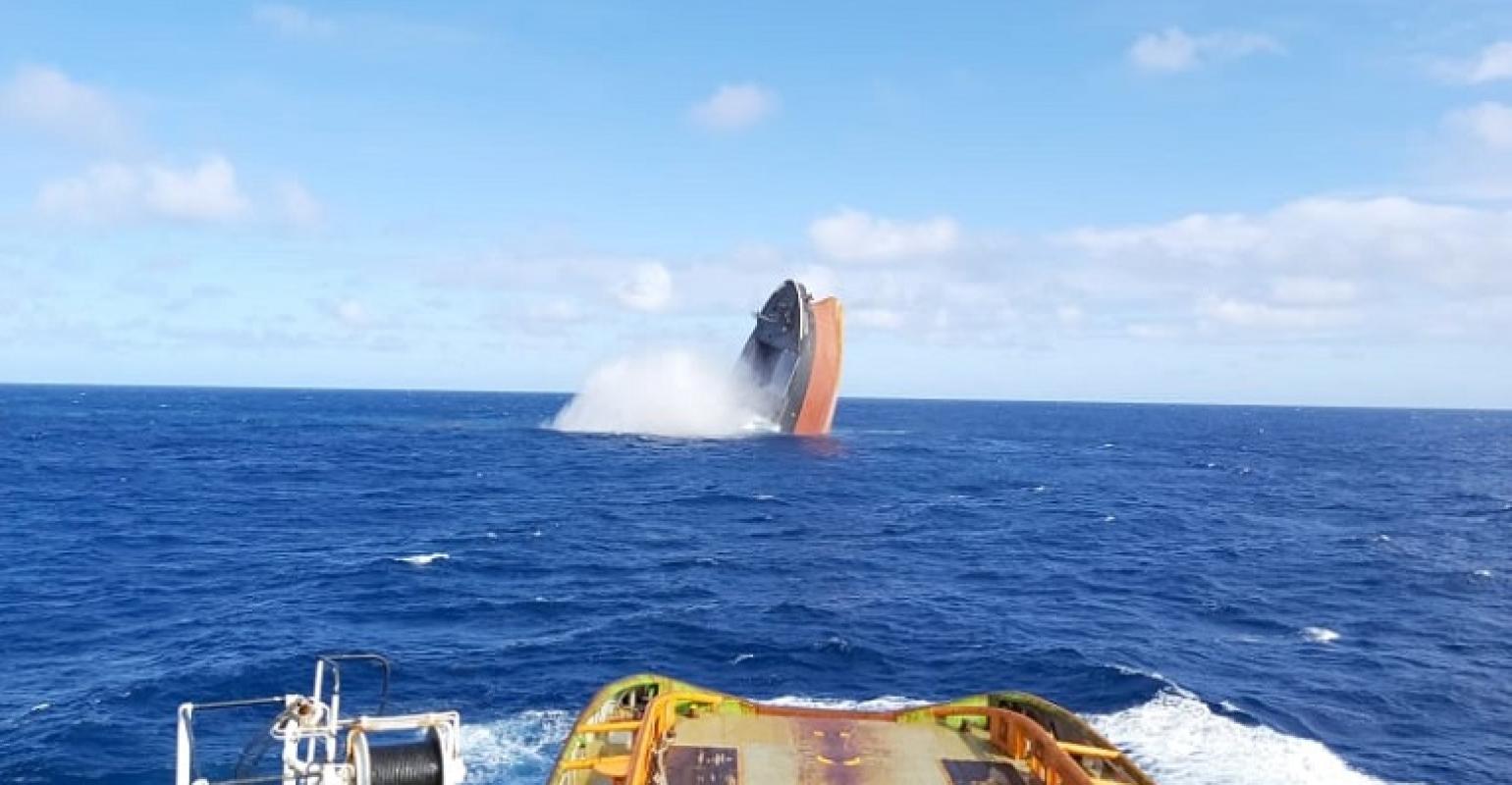 The forward hull section of the bulker Wakashio, which broke in two after grounded off Mauritius, has been scuttled.

The bow section of the Japanese capesize bulker was towed to an area specified by the Mauritius government to be sunk, and following preparations started on 21 August, and was scuttled on Monday afternoon.

According to Mobilisation Nationale Wakashio the planned sinking was completed with the hull submerged and no longer visible from the surface at 3-30pm on 24 August.

The move to sink the hull of the Wakashio had drawn strong criticism from Greenpeace. Happy Khambule, Greenpeace Africa Senior Climate and Energy Campaign Manager, said: “Out of all available options, the Mauritian government is choosing the worst one. Sinking this vessel would risk biodiversity and contaminate the ocean with large quantities of heavy metal toxins, threatening other areas as well, notably the French island of La Réunion.”

The aft section of the bulker remains on the reef where the vessel grounded on 25 July, later causing a bunker spill and splitting in two on 15 August. “There is no more diesel oil on the aft (back) section of the casualty. A considerable amount of pollutants and other floating items have been further removed and this exercise is ongoing,” Mobilisation Nationale Wakashio said.

Plans are now being made for the safe removal of the aft section of the vessel by salvage experts. The vessel’s owners Nagashiki Shipping said: “Regarding the rear part of the hull, the relevant authorities and a team of experts continue to study the removal plan.”

The shipowner added: “We will continue to work with the people of Mauritius and the relevant Japanese authorities to resolve the situation and investigate the cause as soon as possible, and will do our utmost to protect the environment and prevent the spread of oil spills.”