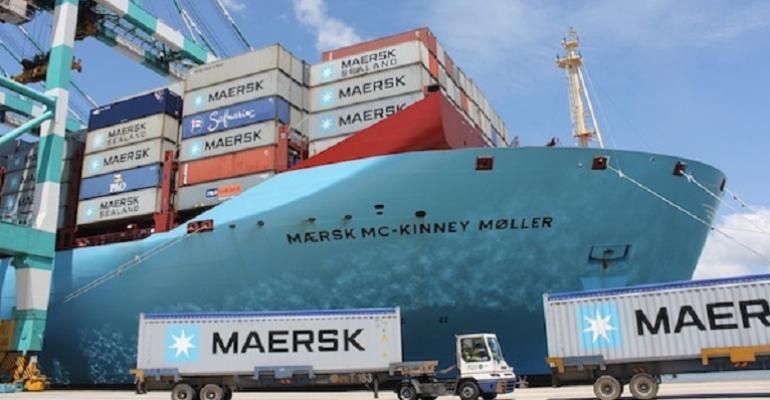 Rollover rates for container cargoes at port have continued to increase in January hitting 39%, according to Ocean Insights which warns of more supply chain disruption.

In line with worsening schedule reliability from container lines rollover rates at ports continued to climb in December hitting 39% in January, up two percentage points on December 2020, and 9% year-on-year. Rollover rates from Ocean Insights are based on the numbers of containers that leave transhipment hubs on different vessels than originally scheduled by the shipping line.

The largest transhipment in Asia ports saw a largely static situation in terms of rollover levels in January with Singapore and Tanjung Pelepas staying the same, Shanghai and Hong Kong up 1%, and Busan down 1%. However, Port Klang saw a jump in rollovers from 55% to 66% between December 2020 and January 2021.

In Europe the ports of Antwerp and Rotterdam saw increases in rollovers of 4%.

In terms of carrier schedule reliability the average delay for containers increased from one day in January 2020 to five days in January 2021, Ocean Insights said.

Container shipping reliability has been hit by a huge surge in demand in the second half of 2020 that combined with equipment shortages at key export hubs in Asia. While the situation has started to improve in Asia US West Coast ports are now suffering severe congestion with large queues of vessels waiting to berth. 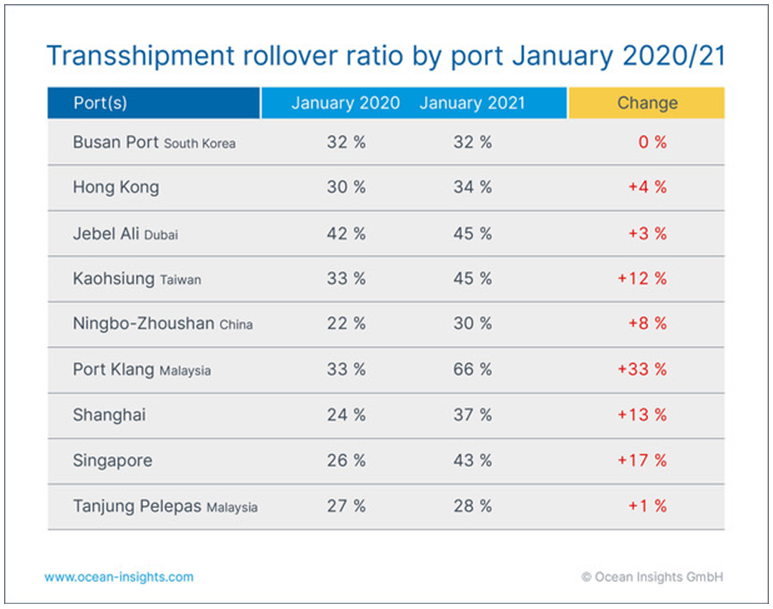 “The shipping lines have said that the backlog of cargo will be cleared after Chinese New Year, and that will likely occur as the levels of deliveries from factories drop off, but supply chains may take several more months to return to some semblance of normality as inventory, now trapped further up the supply chain will need to be cleared,” said Ocean Insights’ chief operations officer Josh Brazil.

Ocean Insights warned that internal Chinese travel restrictions required domestic travellers to quarantine for 14 days after traveling and this could create a new bottleneck in the supply chain.

Usually over the two-week Chinese New Year period hundreds of millions travel back from China’s major cities to the provinces, however, this year the government is calling on its citizens to “celebrate in place” and keep factories open. Normally the country’s factories enter a long shutdown over the holiday period.

Ocean Insights said that while factories would stay open the logistics would be a challenge.

“Most truckers have opted to go home for New Year -- making them subject to mandatory quarantines and unable to drive. In some regions, up to 95% of truckers will be unavailable, with the worst-hit regions in the south.

“These conditions will choke factory-port connectivity starting in about two weeks, with inventory backups lasting for months.”