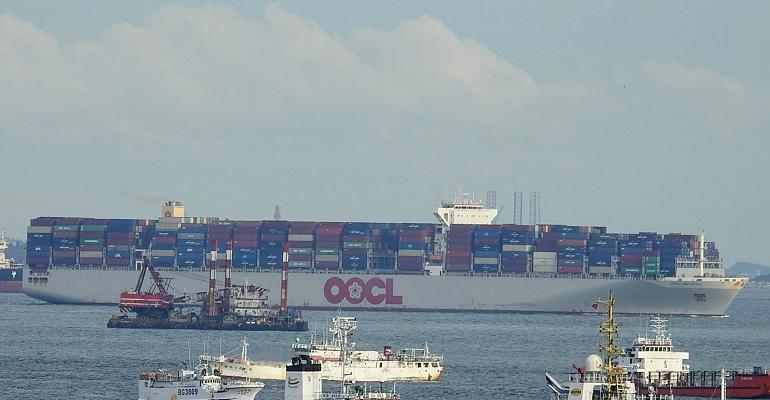 Much of the year schedule reliability had hovered around 35 – 40%, however, the August coincided with growing port congestion in the US, Asia and elsewhere, which has worsened yet further in September. The report said that late arrival of vessels had continued to deteriorate in August increase 0.58 days to an average of 7.57 days.

Related: Delays and congestion grow at ports in US and Asia

No lines managed to score 50% schedule reliability in August, and six registered less than 20%.

Highest was Maersk Line with 45.6% schedule reliability and the lowest was Evergreen at just 11.5% for the month of August.

The report covers over 60 lines on 34 different trade lanes.

As reliability continues to worsen Maersk has announced that to improve schedule reliability it has decided to adjust vessel voyage numbers on Asia-North Europe services to match the corresponding actual weeks of departure. “Continued strong demand, coupled with network disruptions has hammered our schedule reliability,” the line said in an Asia-Pacific customer update.

Maersk will be rationalising some services dropping port calls in an effort to improve service reliability.