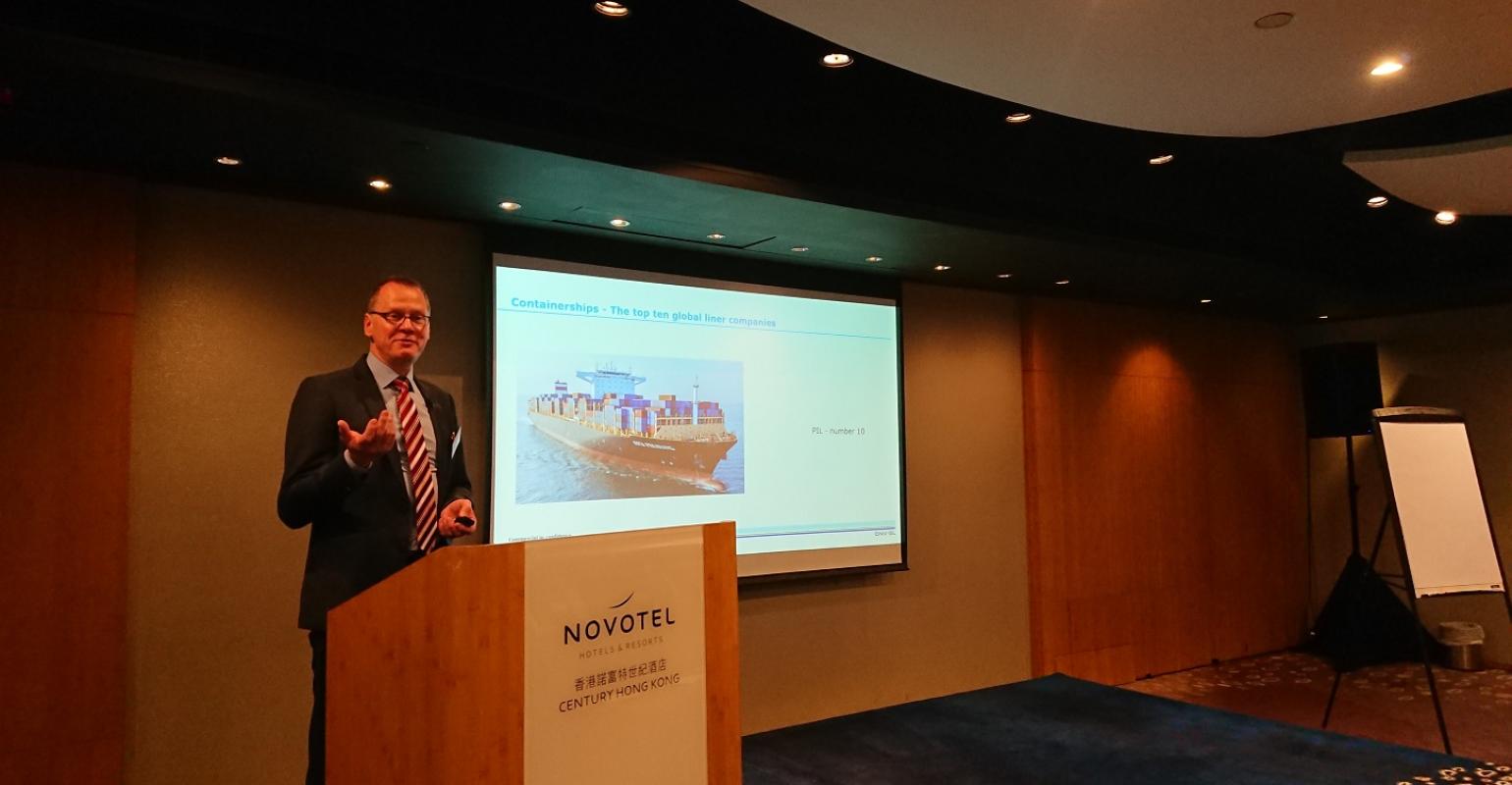 The current ecosystem in the container shipping market is favourable to shipyards and financiers with lines expected to grow organically, with no oversupply of tonnage, according to Jan Olaf Probst, director business development and executive vice president of DNV GL.

Speaking at the DNV GL Bulker & Container Forum held in Hong Kong on Thursday as part of the Hong Kong Maritime Week 2019, Probst suggested that most big liner companies will have to grow organically by ordering newbuildings which is good news for tonnage providers, financing houses and shipyards.

Probst dismissed the idea that there is oversupply of vessels in the containership market. He explained that there has been a trend of 4% to 5% growth in global containerized trading volume except in the year of 2009 while fleet expansion has been roughly 3% to 4% over the longer period which means tonnage growth has been slower than the increase in cargo volume. According to Probst, 200m boxes were shipped in 2018.

He pointed out that global container fleet has increased by 262 ships or 5.77 million teu between the end of 2012 and the end of 2018, which translates to an average size 22,000 teu for those newbuildings. Therefore he suggested that a larger but reduced number of vessels would be the trend for major liners.

Meanwhile, number of containership newbuilding contracts stands at around 50 in 2019 YTD, compared to around 180 contracts in 2018 FY, according to Probst. He expects to see a large increase in number of ship demolition in 2020 after witnessing the lowest scrapping rate since decades in 2018 and a rather low number in 2019.

Probst expects newbuilding contracting in the next two years to be of mainly four types of vessel sizes: 22,000 teu, around 15,000 teu, around 10,000 teu and under 4,000 teu. He explained that while the Far East-Europe trade are being handled by the ultra large vessels, intra-Asia trade being dominated by 4,000 teu ships, the long transpacific routes will be for the 10,000 teu to 15,000 teu vessels which can go through the Panama Channel.