MOL and NYK up profit forecasts 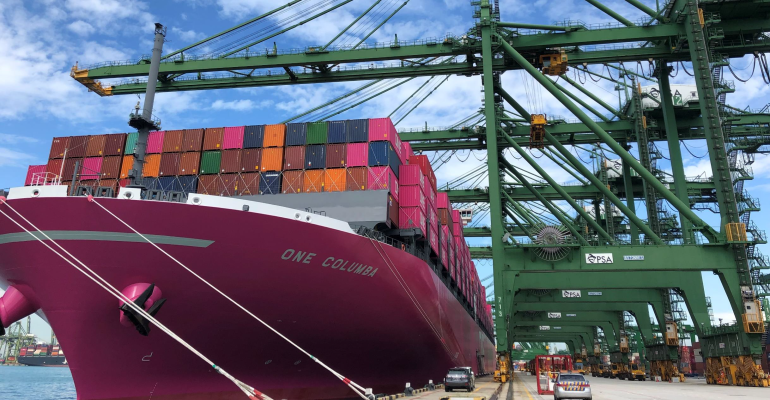 Two of the world’s largest shipowners NYK and Mitsui OSK Lines (MOL) have upped their profit forecasts on the back of the performance of container line joint venture Ocean Network Express (ONE).

NYK revised its recurring profit forecast for the first half its financial year, 1 April 2022 – 30 September 2022, to JPY720bn ($5.19bn) from JPY440bn previously. Forecast revenues for the period were also upped to JPY1.3trn from JPY1.16trn previously.

For the full year ended 31 March 2023 NYK revised its recurring profit forecast JPY1.04trn up from JPY760bn previously, while the revenue forecast increased to JPY2.5trn from JPY2.3trn previously.

Giving the reason for the revised forecast NYK said it had previously expected a decline in demand due to Chinese lockdowns and war by Russia in Ukraine, with liner cargo and spot rates expected to decline.

However, amid ongoing supply chain disruptions, we expect the profit of our equity method affiliate Ocean Network Express (ONE) to exceed expectations due to the continuing favorable market conditions resulting from robust shipping demand and other factors,” the company said.

Related: ONE to invest $20 billion over next decade

It is similar picture for compatriot MOL. For the first half of the year financial year 1 April 2022 – 30 September 2022 it has revised up its net profit forecast to JPY500bn from JPY350bn previously, with revenues for the period upped to JPY770bn from JPY695bn previously.

For the full year ended 31 March 2023 it has increased its net profit forecast to JPY710bn from JPY525bn previously, while revenue expectations have increased to JPY1.47trn from JPY1.35trn previously.

Explaining the revision MOL said: “At Ocean Network Express (ONE) the company’s equity-method affiliate that operates containership business, cargo movements and spot freight rates are both exceeding the Company's expectation at the time of the previous announcement on April 28th, 2022.”