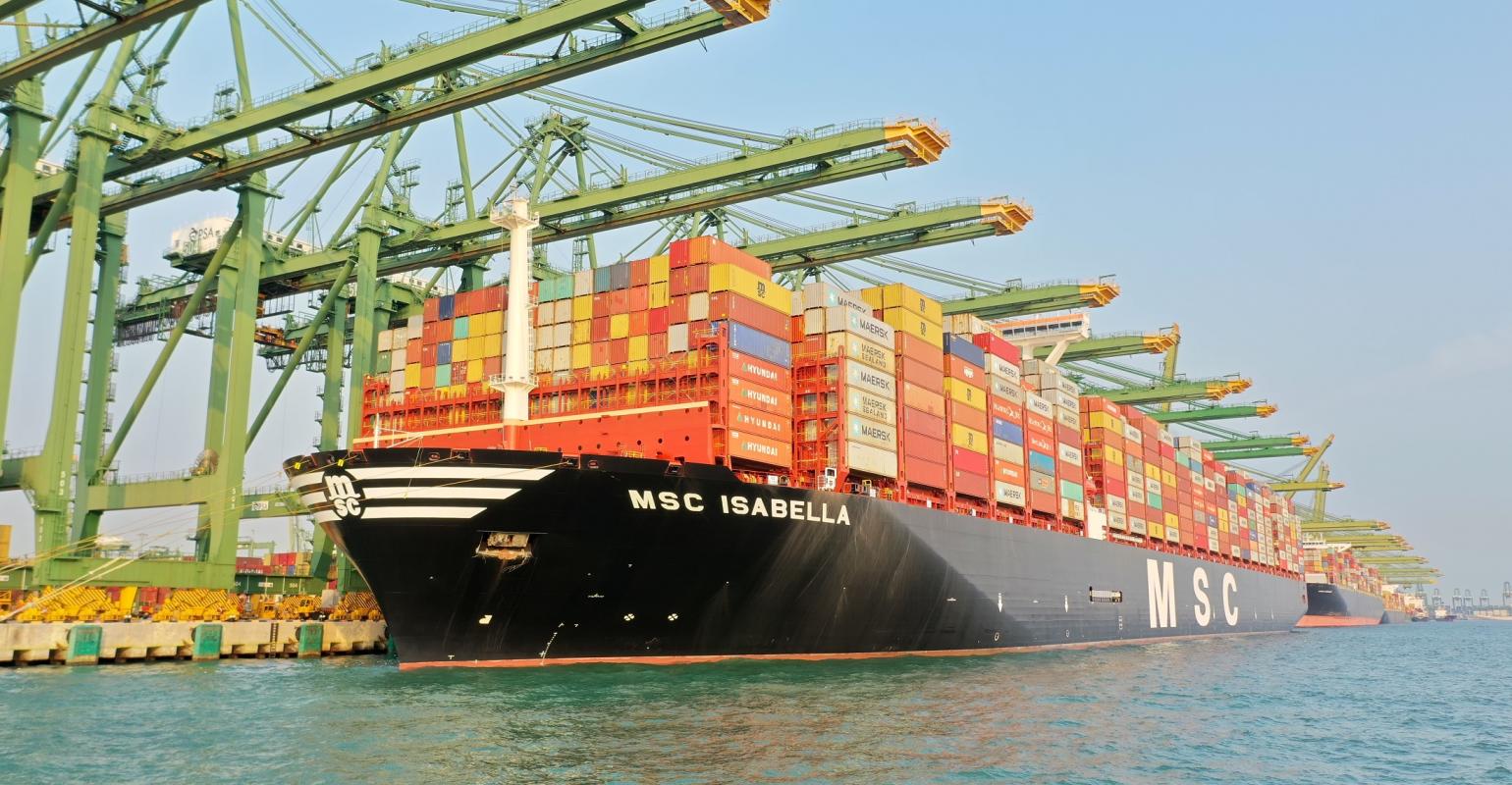 The 23,656 teu MSC Isabella became the largest containership to call the Port of Singapore when it berthed at the weekend.

The MSC Isabella is one of MSC’s Gülsün-Class containerships, which are currently the largest in the world, and was the first to call at the second largest container port globally. The vessel sailed from Qinqdao, China on 28 August on round voyage to Europe, which the company said it had now completed.

“Our biggest and most energy efficient ships are being deployed on the Asia-Europe trade, which demonstrates our continued commitment to this largest and busiest trade corridor. We are delighted to welcome the first port call in Singapore by MSC Isabella from our largest Gülsün-Class of ships,” said YJ Tan, regional managing director for MSC Asia Regional Office in Singapore.

Illustrating the scale of the vessel MSC said it could transport the equivalent of 384 million pairs of shoes. The vessel is equipped to carry more than 2,000 reefer containers. Eddy Ng, managing director for PSA Singapore Terminals 2, said, “We are heartened by the arrival of MSC Isabella at MSC-PSA Asia Terminal in Singapore. It affirms the strong commitment and steadfast partnership between PSA and MSC, while also demonstrating PSA's capability to efficiently handle the world’s largest container vessels, further enhancing the status of the Port of Singapore as a premier global transhipment and logistics hub.”