ONE Apus scheduled to berth in Long Beach 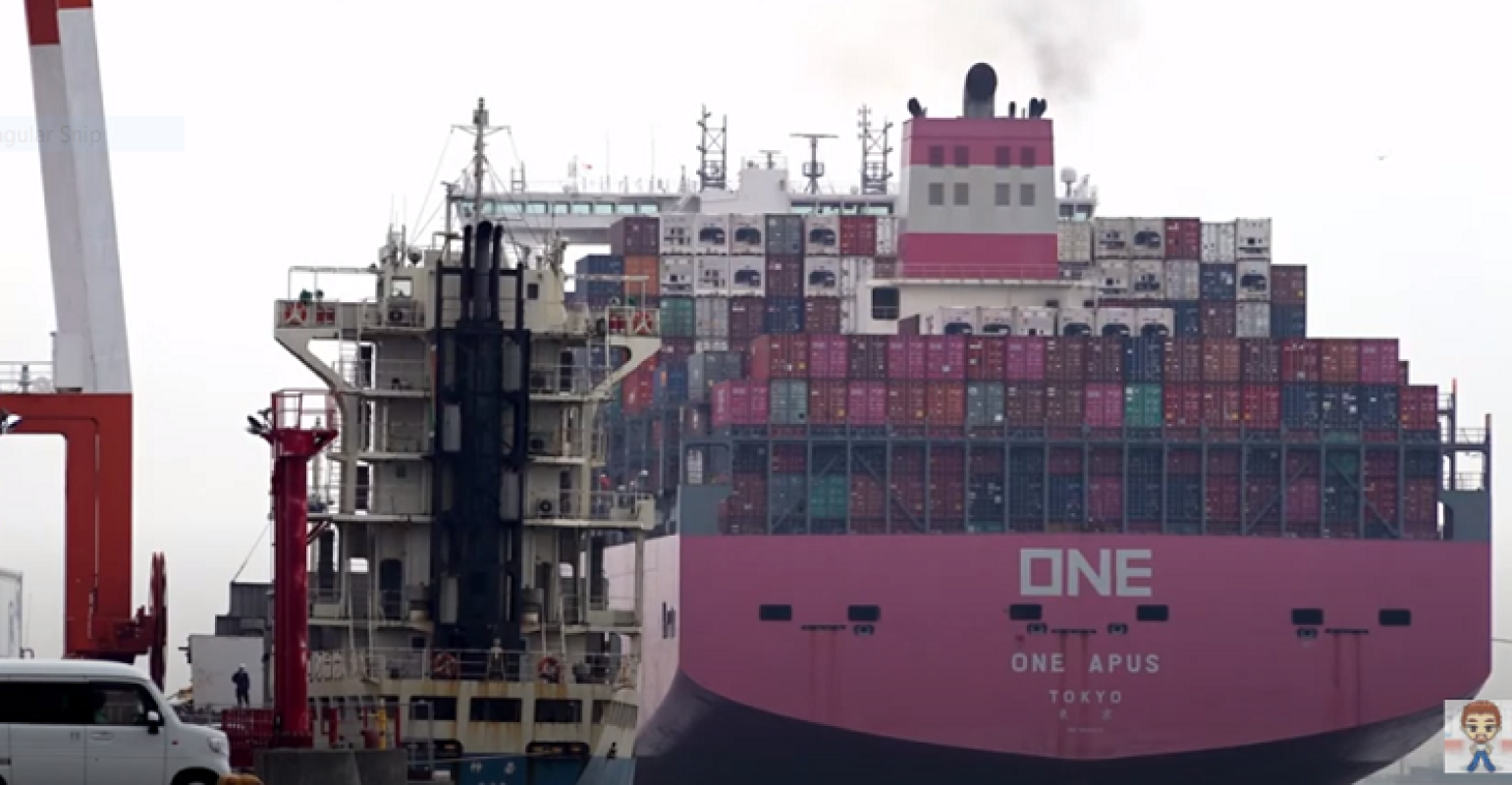 Screenshot from Youtube of ONE Apus departing the Port of Kobe
The ONE Apus was scheduled to berth in Long Beach on 12 April some six months after suffering severe storm damage while crossing the Pacific to the US West Coast port.

A customer advisory from Ocean Network Express (ONE) said that the ONE Apus had arrived in Long Beach and was expected to berth on 12 April.

The 14,000 teu ONE Apus departed the Port of Kobe on 16 March and had originally been hoped to berth on 7 April in Long Beach, however, US West Coast ports have been impacted by serious congestion.

Related: VIDEO: ONE Apus departs Kobe three and a half months after major container loss

The ONE Apus suffered one of the largest losses of containers in recent years when it lost 1,816 boxes overboard on 30 November 2020 in severe weather on a transpacific voyage and turned around to head for the Port of Kobe, where unloading operations started on 11 December.

One of a series of serious container loss incidents on the transpacific in the last six months it has sparked concern over the stability and safety of container stowage of very large and ultra large containerships in extreme weather conditions.