Size of Ever Given limits Suez Canal recovery options 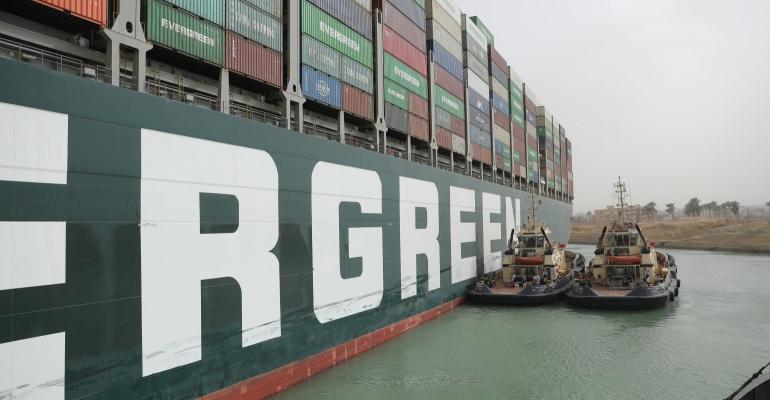 Stricken containership Ever Given’s size means salvors will need to work with ballast and cargo left onboard, according to a local consultant.

Sherine Naggar, head of the Naggar Group of companies and a marine engineer by education said that Ever Given’s height makes container removal difficult and unlikely, and a large amount of ballast water would need to remain onboard to stop the vessel from capsizing.

Related: When capacity is at a premium, container layers are filled nine high

Naggar claimed that Ever Given is aground by 15 metres, a significant distance and out of the ordinary for groundings along the Suez Canal. In normal operation a ship’s hull is supported by water all around, but Ever Given is currently supported by tidal waters at the stern and mud at the bow.

“You can never tell what kind of stress distribution there is on the hull when you have a grounding,” said Naggar. This is the reason so many tugs are involved in the recovery effort, said Naggar, to avoid concentrating stresses from recovery efforts on one part of the hull and potentially causing it to fail. He gave the grounding and subsequent splitting of the MOL Wakashio as an example of the dangers grounding poses to a ship’s integrity.

The Suez Canal Authority (SCA) and its staff have decades of experience of recovering grounded vessels in the canal, as ships striking the bank is not uncommon. What sets the Ever Given incident apart is the vessel's weight and the forces involved in the grounding which dug it so deep into the canal wall.

Responding to claims that large container vessels with high stacks pose an increased risk of grounding, Naggar said Ever Given was nothing new in terms of size and windage for the canal. “We’ve had the largest container ships with 24,000 teu completely chock-full transiting the canal in high winds and nothing happened. For this particular ship it must have been a technical error.”

Naggar said that, going from his own experience, the nature and angle of the grounding suggested a technical issue on the vessel, although Ever Given’s Technical Manager Bernhard Schulte Shipmanagement (BSM) said in its updates that “initial investigations rule out any mechanical or engine failure as a cause of the grounding.”

Ballast water is often removed from grounded ships to reduce weight and make the task of refloating easier, but the issue remains delicate in this case, said Naggar.

“To deballast a ship like this is very unsafe… when you start deballasting the ship you alter the stability and you create a top-heavy situation,” said Naggar. If the centre of gravity of the vessel is raised too high, “this huge monster would just capsize on its side,” said Naggar, and so SCA is being very careful to maintain stability.

Salvage efforts would also have to continue with containers on board—even though cargo removal would make refloating the vessel easier—as the sheer size of Ever Given limits the options to take off containers. “With the height of this ship you’d need to drag an absolute monster floating crane through the canal, there are not many around” said Naggar, adding that removing containers from a grounded vessel is an extremely slow process.

“The only option we have is to dredge underneath and pull her out, a discharge operation would be catastrophic.”

Reports that the ship was taking on water and hull repairs had been carried out were “rubbish” and diving activity seen at the stern of the vessel after the stern was refloated was to assess any damage to the propellor and steering gear, said Naggar. “No underwater welding or underwater repair is taking place because there is no ingress of water.”

Divers have also worked at the bow of the vessel to direct dredging efforts, he said.

Clearing the backlog of vessels waiting to transit the Suez Canal would take a couple of days if the blockage was cleared today, said Naggar. The SCA has emergency plans in place for clearing backlogs and will make full use of its 100 transit per day capacity.

“At the moment we have 149 ships stuck at both ends of the canal. That is one-and-a-half days’ work, assuming that it is clear today.”

Naggar said that vessels astern of Ever Given had been towed back to Suez Port in order to clear the way to tow Ever Given by the stern back out to Suez anchorage for testing and sea trials.

The chairman of the Suez Canal Authority, Admiral Ossama Monir Mohamed Rabiee, has extensive experience of salvage and recovering grounded ships and was leading the SCA recovery operation from aboard one of the tugs on-scene, said Naggar. 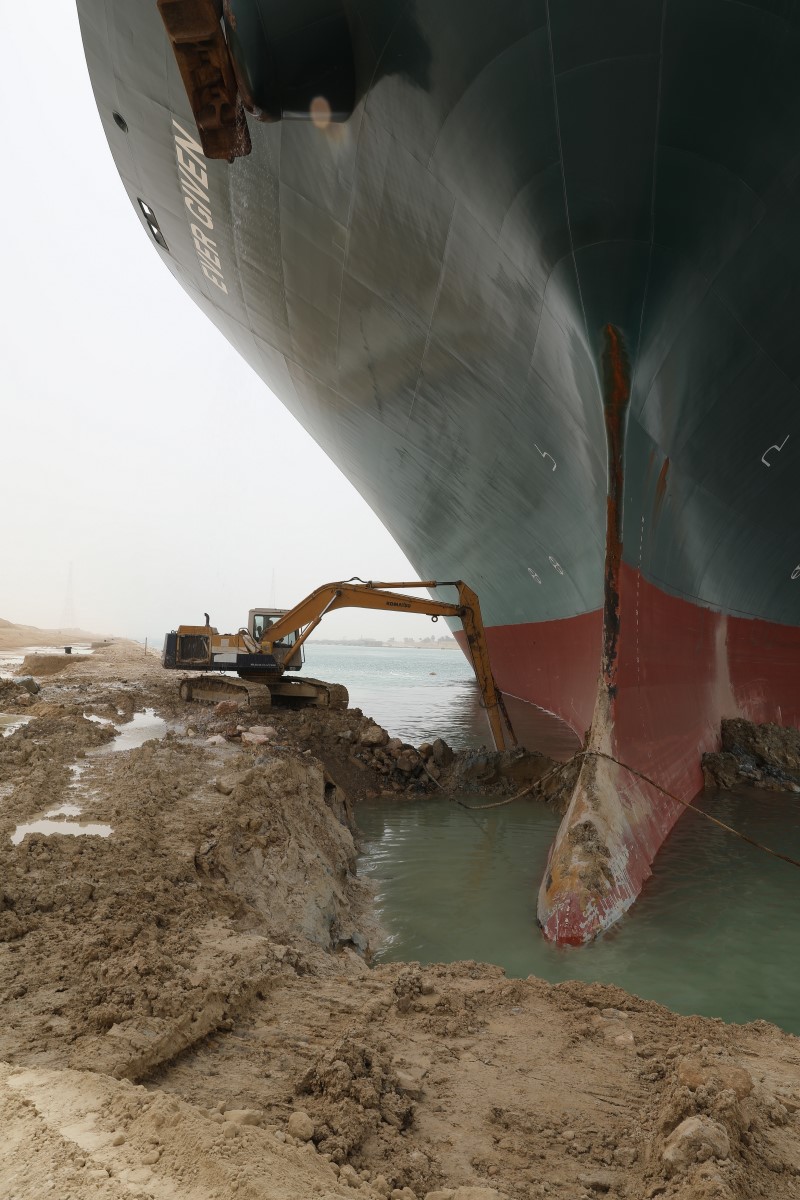