Supply chain disruption expected through all of 2022 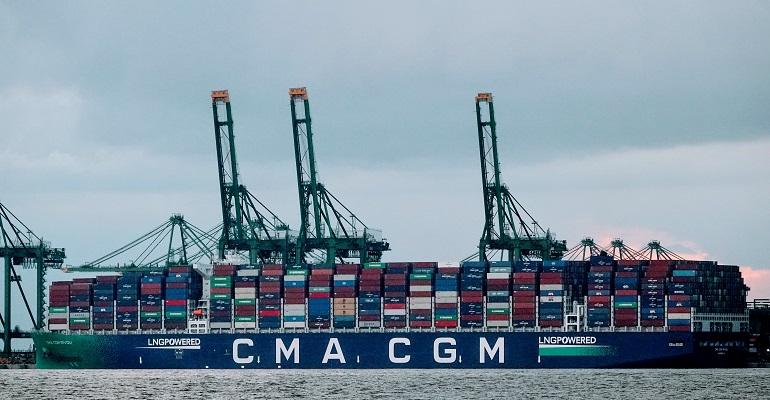 A fully laden 23,000 teu CMA CGM containership at berth in Singapore
Simon Heaney, Drewry’s senior manager of Container Research, has revealed that the shipping consultancy has put back its forecast of when global supply chains are likely to return to normal.

Speaking at a Container Market Outlook webinar yesterday, he said that Drewry had recently predicted that supply chain problems would ease by the end of the second quarter of 2022. Now, though, the firm expects disruption to extend throughout the whole of 2022.

The view is similar to that of fellow analysts Sea-Intelligence who said earlier this month that container shipping would not return to normality until the end of 2022.

Related: Container shipping return to normality not till end 2022

Supply chain efficiency has deteriorated further in recent weeks, Heaney said, and is getting worse, not better. As the market is in uncharted territory, he admitted that the consultancy’s findings “were more gut instinct than we would normally be comfortable with”, and said that no single sector was responsible. Although carriers are under review by some regulators, they are not to blame, despite being “the lucky winners”.

It’s not their fault that ports keep them waiting, he pointed out, pushing their sailing schedules into complete disarray. Nor is it down to them that they cannot access equipment. Neither is it the fault of ports and terminal that they have become “parking lots” for ships.

“Covid stripped away much of their capacity to turn boxes efficiently and then have them moved because there were fewer trucks and no warehousing space,” he declared.

There are many uncertainties, leading to the consultancy cutting back its estimate of world port handling throughput from 10.1% three months ago, to 8.2%. This adjustment is the result of severe bottlenecks and other issues such as Chinese power cuts and a looming energy crisis.

As Seatrade Maritime News reported recently Drewry is now predicting that container lines will make an “eye-watering” $150bn earnings before interest and tax (EBIT) in 2021, and that with increased contract rates profits could be slightly higher in 2022.

Supply will lag behind demand in the container market throughout next year, he predicted, but will flip dramatically from 2023 onwards. “We’ve seen a frenzy of orders for new containerships recently,” he said, “leading to a risk of overcapacity returning to the market”.

Whether carriers will worry much about this is an open question, however. “After three years of previously unthinkable profits, they could well be de-sensitised.”