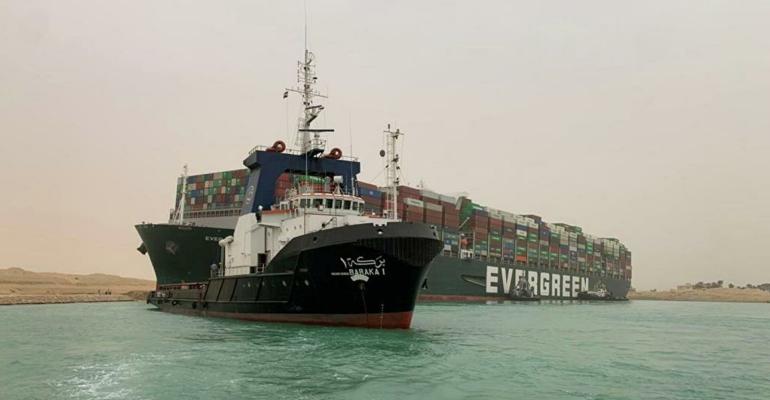 The Suez Canal remains blocked by the grounded container ship Ever Given, which has resisted efforts to refloat it since Tuesday morning.

Updates on the afternoon of March 24 citing the Suez Canal Authority claimed the vessel had been partially refloated, but were innacurate. Ever Given remains in the same position according to AIS data, surrounded by tugboats.

The Suez Canal is a main artery for global seaborne trade. In 2020 an average of 51.5 vessels transited the canal each day. The backlog of vessels waiting to transit grows by the hour; Lloyd's List Intelligence's latest update put the number of affected vessels at 213.

Ships have run aground in the canal before, but the length of the current blockage is unprecedented. Delays at Suez will have knock-on effects throughout the global supply chain; there are currently no estimates on when Ever Given will be refloated or when ships will be able to transit the canal.

Gulf Agency Company (GAC) said that two dredgers were sent in the evening of March 24 to clear sandy ground from around the keel. GAC also said that arrangements were being made on March 25 to return the three ships in the canal behind Ever Given to Suez Port.

Vessel manager Bernhard Schulte Shipmanagement (BSM) said in a statement late on March 24 that dredgers were clearing mud from around thee vessel, and that tugboats and the vessel's own winches were being used to try and free Ever Given. BSM restated the cause of the grounding as high winds and said there were two pilots aboard the vessel at the time of the grounding and an investigation ruled out mechanical or engine failure. 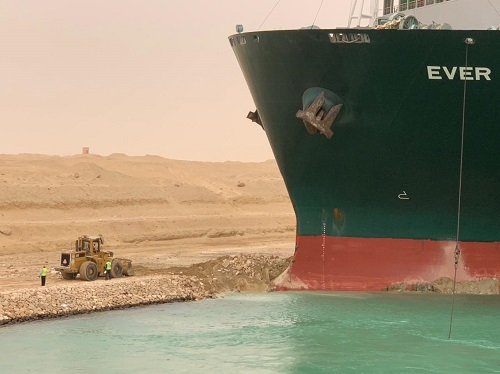