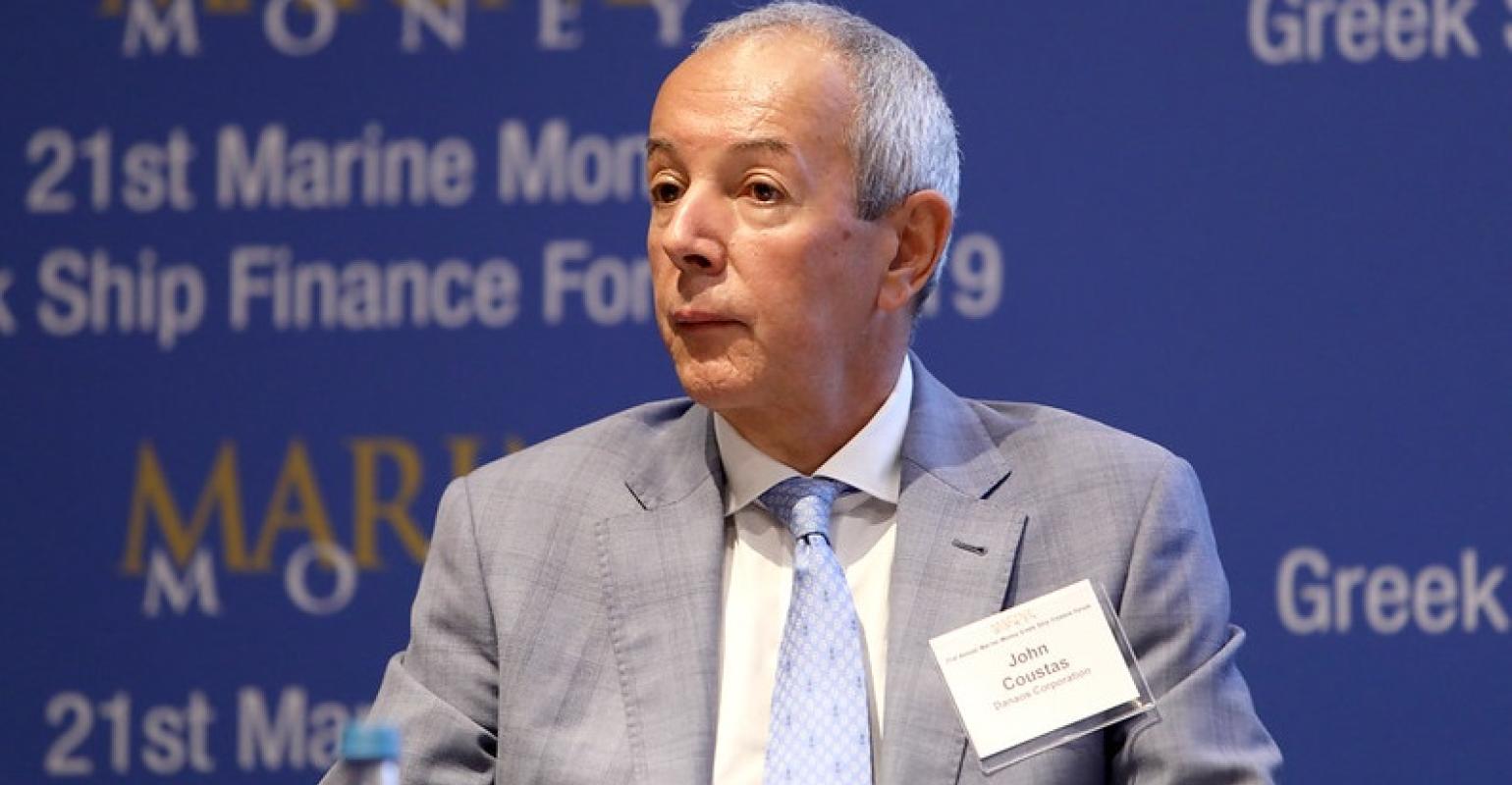 “There will always be a role for companies like ours,” is how Dr. John Coustas, ceo and President of Danaos Corporation, responded to a query about the twists and turns in the containership market, on a Marine Money webinar.

With Danaos being an “independent tonnage provider” and not an actual carrier, its middleman status- between the sale and purchase market for vessels on one side, and the demands of the cargo-facing carriers, the conversation here was highly insightful.

He said that liner companies might prefer a 5 -7 year deal offered by Danaos, rather than a 12 – 15 year term offered by a financial leasing house. On the buying side, he said “Some liner companies may wish to dispose of their vessels….our role is take them and operate them efficiently elsewhere.”

In remarks later on, Dr. Coustas pointed to the impacts of consolidation among the carriers, the customers for Danaos- which underwent a financial restructuring in 2018, citing “a completely different atmosphere” than during earlier market iterations, where the carriers now have much better control over their fortunes. Blanked sailings and lengthier voyages are examples of such capacity management.

He said that we are seeing “steady to rising box rates” on most trades (Latin America being an important exception) despite the dramatic drop in volumes, which is probably larger than that of 2008- 2009. He said that box rates have “firmed considerably.” When the dramatically lower fuel prices are factored in, Dr. Coustas described the overall financial result for the liner companies as being “…pretty neutral…if not positive.”