US inbound containers drop 9.4% in October 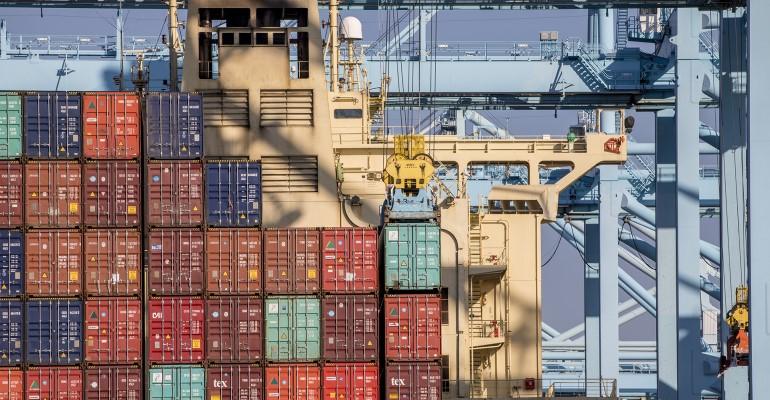 The decline in inbound US container volumes accelerated in October, falling by 9.4% across the 10 largest US box ports.

West Coast ports led the decline with a 23.3% drop on-year in October inbound volumes, the biggest decline seen in over seven years, according to analysis from the McCown Report.

Despite the steep drop over the pandemic inflated inbound volumes of the pandemic, McCown said the figure represents a 2.4% compound annual growth rate over the past three years, suggesting a return to more normal growth.

The report forecast further large drops in volumes on-year for November and December as the market recovers from pandemic impacts.

The continued shift eastward of volumes comes despite congestion easing dramatically at the port of LA/Long Beach. For October, there was an average of 6.1 ships waiting for berth compared to 103.5 at the start of this year.

Some of the congestion has shifted eastward, with queues of 32 and 17 at Savannah and Houston, respectively, but McCown’s estimates puts the number of vessels awaiting a berth at 70 across the entire US, down from 99 a month ago.

McCown again stressed what he called the “perilous impact of container rates on inflation”, with his estimate that the US economy has absorbed around $113.2bn in annual inflation based on the difference in container freight pricing between the fourth quarter 2019 and third quarter 2022.