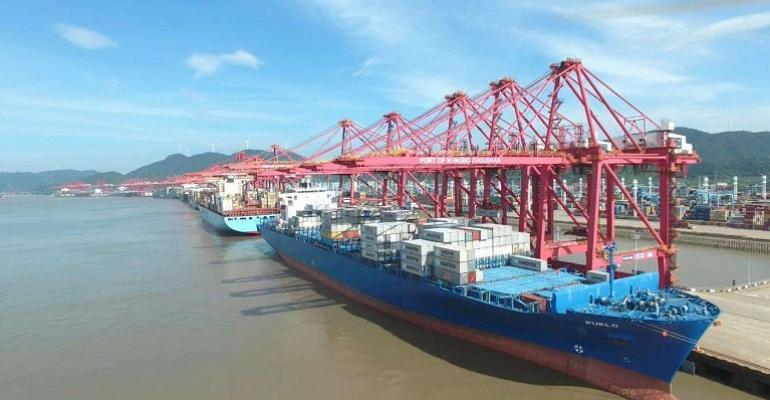 The closure of a significant container terminal in one of the world’s busiest ports is due to a worker testing positive for COVID-19. The event is similar to the closure of Yantian, another major container hub, which had a knock-on impact on container logistics in the region.

As with Yantian, vessels due to call Ningbo have variously begun either queueing up waiting for a spot, diverting to nearby operational terminals, or skipping their MSICT calls entirely.

Maersk reported that nearby Ningbo Beilun Container Terminal Phase 4, which more of its vessels use, had a waiting time of two days at the time. Other container lines have also announced vessels due to omit MSICT.

MSICT’s closure will put a great strain on the supply chain, as there is not enough redundancy to account for the closure of an entire terminal. Analysts expect that, as with Yantian, nearby terminals will become busier and waiting times will increase as container lines look for the least disruptive method of loading and unloading their customers cargoes in the area.

Yantian’s closure came at a bad time as it disrupted to the supply of goods to economies attempting to re-open in the wake of COVID-19. Ningbo’s closure comes at a critical time for companies looking to get their merchandise into retail stores in time for the December holiday period. The closure will case delays for boxes due to be shipped via the port, but will also disrupt the flow of equipment such as empty containers which has been a pinch point for container shipping during the pandemic.