What are container lines spending their billions on? 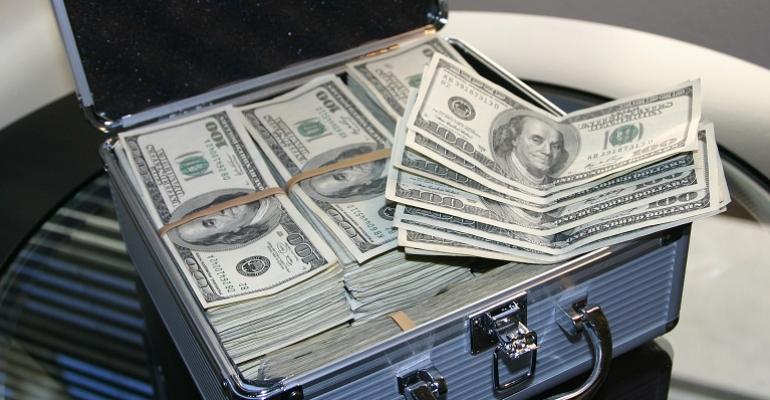 Container lines are awash with cash as profits hit levels never previously even dreamt of, so what are they doing with all this money?

Operationally supply chain disruption is giving container lines major headaches, but financially they have been the big winners. For a sector where companies for much of the last 20 years has struggled to make a return on invested capital (ROIC) profits suddenly exceed even the big tech companies.

The McCown Container Report estimated container line earnings for the first three quarters of 2021 at $95.8bn, based on the results of public-listed lines extrapolated to the sector as a whole. In late December last year Drewry upgraded its guidance on annual profitability from $150bn to $190bn with a margin of approximately 43%.

These staggering levels of profitability mean that container shipping lines have unprecedented amounts of cash to play with, even after paying down debts, and they are looking for investments that potentially offer a better return than sitting on idle cash.

With as much as 25% of containership capacity soaked up by congestion and supply chain disruption vessels are an obvious place to invest.

Newbuildings do not provide an immediate solution to the capacity problem, but there has been a sharp increase the orderbook, which was at modest levels prior to the latest boom. Figures from brokers SSY show by December last year there were 692 container newbuildings with a combined capacity of 5.76m teu on order. This compared to January 2021 when there just 306 containerships on order with a combined capacity of 2.32m teu.

With ships available in the charter market at almost nil and rates hitting $200,000 per day for a traditional panamax secondhand as result second tonnage is attracting a serious premium if lines can manage to find vessels to buy.

Vesselsvalue noted in the middle of last year that the price of 15 year-old panamax containership had doubled from $20m in March to $40m by the end of June. In October ZIM Line shelled out $320m for five 4,250 teu traditional panamaxes and two 1,100 teu containerships of between 12 and 14 years old.

There have been relatively few transactions involving the acquisition of other container carriers by lines, which may in part reflect the sector had already gone through a major wave of consolidation prior the current boom leaving relatively few candidates for sale.

The deals that have been made involve smaller, niche players being acquired by major carriers.

Mid-2021 Hapag-Lloyd completed its acquisition of NileDutch announced in March that year. At the time of the of the acquisition NileDutch operated 10 regular liner services with a capacity of around 35,000 teu and a fleet of around 80,000 teu of containers.

In December Brazilian domestic carrier Log-In Logistica accepted an offer by MSC to acquire a controlling stake in the line. The company operates seven container feeders of between 1,700 teu and 2,800 teu.

The logistics space is where the most focus on investment has been seen from container lines, and December saw at least $13bn worth of acquisitions announced. The acquisitions in logistics see carriers trying to take a greater control of the supply chain as a whole, responding to the shift to e-commerce and logistics requirements of this, and moving into turf of their own customers in the forwarding arena.

Maersk has been the most openly active with multiple transactions, which have included the $3.6bn acquisition of LF Logistics, bolstering its position in contract logistics, cloud-based logistics start-up HUUB, e-commerce with Visible Supply Chain Management for $838m, and B2C Europe Holdings.

MSC has made a EUR5.7bn ($6.4bn) offer for Bolloré Africa Logistics which would give it operations in 47 African countries, including 16 container terminals and three rail concessions.

CMA CGM, which already made a major logistics purchase pre-pandemic with CEVA Logistics, is acquiring “most” of Ingram Micro’s Commerce & Lifecycle Services activities (CLS), including Shipwire and the company’s technology forward logistics businesses in North America, Europe, Latin America and Asia-Pacific in a $3bn deal.

As shippers have sought to beat congestion and delays with sea freight one avenue for high-value shipments has been air freight, if this sector has also had its own woes related to Covid and restrictions. It is another area that some shipping lines have moved to invest in.

Back in February 2021 CMA CGM set up a new air cargo division with four Airbus A330-200F aircraft, and then in September ordered two Boeing 777 freighters.

Maersk also expanded its air cargo presence acquiring Senator International in a $644m transaction announced in November. Senator has its own air freight operation with own controlled capacity using nineteen weekly flights across its network.

With huge profits we are hearing reports of generous bonuses being paid out. Topping payouts in percentage terms is Evergreen Marine Corp reported by Taiwanese press to be giving bonuses of up to an equivalent of 40 months salary to some employees.

The news left compatriots working at Taiwanese rival Yang Ming Line disgruntled with their comparatively meagre eight-month bonuses, to the extent Chairman Cheng Chen-mao addressed the issue in a press conference this week.