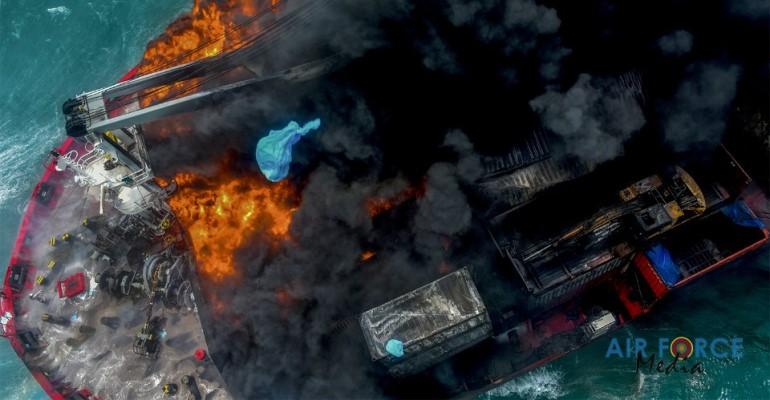 Fire rages aboard X-Press Pearl
The latest images of the X-Press Pearl show the ship blackened and still burning, its containers buckled and twisted by fire.

Images captured by Sri Lanka Airforce and shared on Twitter show containers and their contents washing up on shore, bringing fears of environmental contamination.

Fire broke out on the vessel on May 20 and was said to be under control on May 21. The 25 crew were evacuated from the vessel on May 25 after reports of an explosion on board as the fire intensified. Two crew members were taken to hospital.

The fire continues to rage into its seventh day, according to local reports.

Situation Update: Latest Pictures of the "X-PRESS PEARL" vessel which is presently engulfed in flames. Footage was captured by the SLAF Bell 212 this morning (26 May 2021) pic.twitter.com/hypGqxv2yr