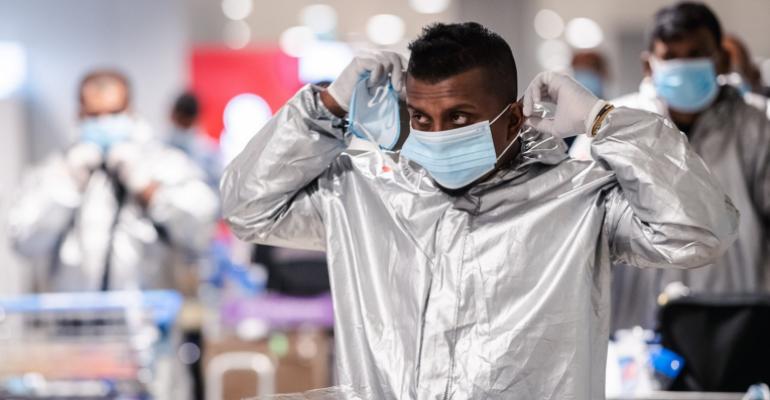 The monthly Crew Change Indicator is a calculated, weighted average of the percentage of seafarers still onboard vessels beyond the end of their contracts. The latest update shows 8.9% of seafarers are onboard beyond their contract of employment, down from 9.0% last month. The number of seafarers onboard for over 11 months—the maximum period of continuous service without leave set by the Maritime Labour Convention—was 1.2%, down from 1.3% in the prior month.

The initiative, set up by the Global Maritime Forum, also tracks seafarer vaccination levels and reported an aggregate 21.9% of seafarers had been vaccinated in September, up from 15.3% in August. The figure is expected to overestimate the number of vaccinated seafarers as it is built on data from large shipmanagers with the resources and willing to vaccinate their crews.

“It is very encouraging to see that the number of seafarers who have been vaccinated has increased by 6.6 percentage points in the last month. But there is room for improvement. Vaccination rates remain behind large shipping nations in Europe, North America and Asia where more than 50% of the population is fully vaccinated,” says Kasper Søgaard, Managing Director, Head of Institutional Strategy and Development, Global Maritime Forum.

Despite the progress, ship managers reported continuing difficulty in securing vaccines due to supply issues, as well as accessing a timely second dose.

“Ship managers report for the first time that they are facing a shortage of seafarers and cite travel restrictions for Indian seafarers and the European summer holiday period as causes. Still governments and ports are placing stricter crew change requirements which have resulted in the cancellation of crew changes,” Global Maritime Forum said in a press release.