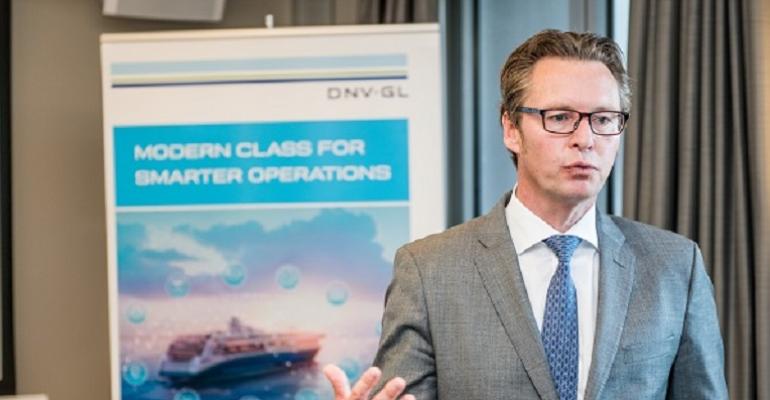 Speaking to journalists at a virtual press conference yesterday, he said that there are still an estimated 90,000 seafarers unable to come ashore after 18 months.

“It saddens me to say that even now – one-and-a-half years into the crisis – 70% of IMO member nations have still not designated seafarers as key workers. And this was one of the things that we started talking about already in spring last year. There is still much work to be done,” he declared.

Meanwhile, only 15% of seagoing personnel have been vaccinated, compared with 25% of the world’s population as a whole. “So it is heart-warming to see that several nations lately are offering vaccines to seafarers and I hope that this will continue to spread.”

Ørbeck-Nilssen revealed that one of the classification society’s top priorities is to focus on this issue. DNV continues to collaborate and support the Mission to Seafarers, he said, and its auditors working on the ISM Code and the Maritime Labour Convention have been instructed to have a special focus on seafarer wellbeing.

Meanwhile, at an industry level, he highlighted what he termed “the quiet revolution of ESG” and the fact that it has now certainly reached the shipping business. He praised the development of wider ESG reporting on issues including seafarer and employee wellbeing, greenhouse gas emissions, and ship recycling. The ESG revolution was certainly here to stay, he said, and we would all be hearing much more about it as we progress further into this decade.

Manager Su-Nav committed to having cadets on every ship
Jan 12, 2023