The first thing new crew ask: ‘What is the wifi password?’ 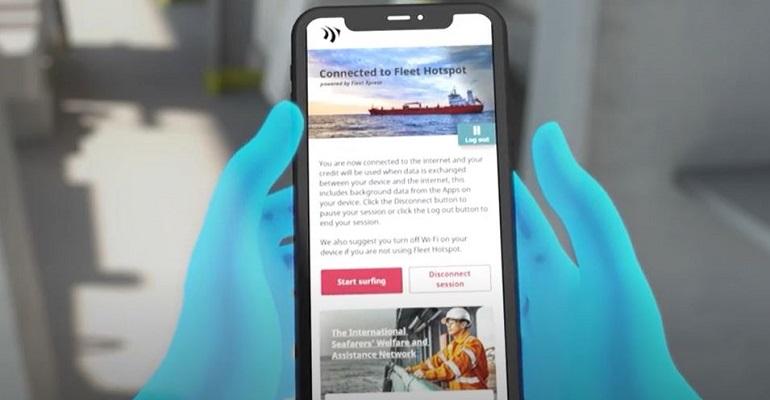 So just how important is connectivity and internet access to seafarers? Well according to one Captain it trumps knowing where the lifeboats are located.

A component very often missing at shipping conferences is views from seafarers who actually work at sea today. While there are plenty of former Masters and Chief Engineers among both speakers and audience actual working seafarers are a rare sight. This is something Crew Connect Global sought to address by having the Master of an LNG carrier on panel themed mapping out the future of the industry.

Capt. Henrik Herlitz stressed how important internet access and connectivity was to seafarers today. In the past a new crew coming on board and finding his way to his cabin would ask where the lifeboats were. “Coming aboard today the first thing they are asking is what is the password to the wifi,” he said.

It is something the industry needs to switch and adapt to as the new generation coming aboard ships expect connectivity.

It was point backed up by Justyna Bartnicka, Policy Officer for the European Commission, who gave the example of her 18-year-old son who is just entering the market to be an engineer. Born in the 21st century she said that for him it would be unimaginable to be without his smartphone to communicate with his family and girlfriend daily.

The importance of internet access for the crew was borne out by traffic data analysis from Inmarsat. Panellist Gert-Jan Panken, VP Sales for Inmarsat, he said shipowners were connected for two reasons – business connectivity and crew communication. “If we look at and analyse the data, which flows to our networks, by far the biggest component of traffic is still crew related,” he said.

The availability of internet access varies significantly depending on the shipowner, and Capt Herlitz noted some crew had free internet while others had to pay. In his case they get what he described as “an excellent deal” of 1GB per day, while for other shipowners it might be 250MB per day, or just 1GB per month for a seafarer. “For the younger generation making video calls 1GB is finished quite quickly,” he said.

Access also varies depending on where the vessel is sailing the heavy monsoon rains in South and East Asia for example can result in lost connectivity due to rain fade.

Grappling with the shortage of seafarers
Nov 25, 2022