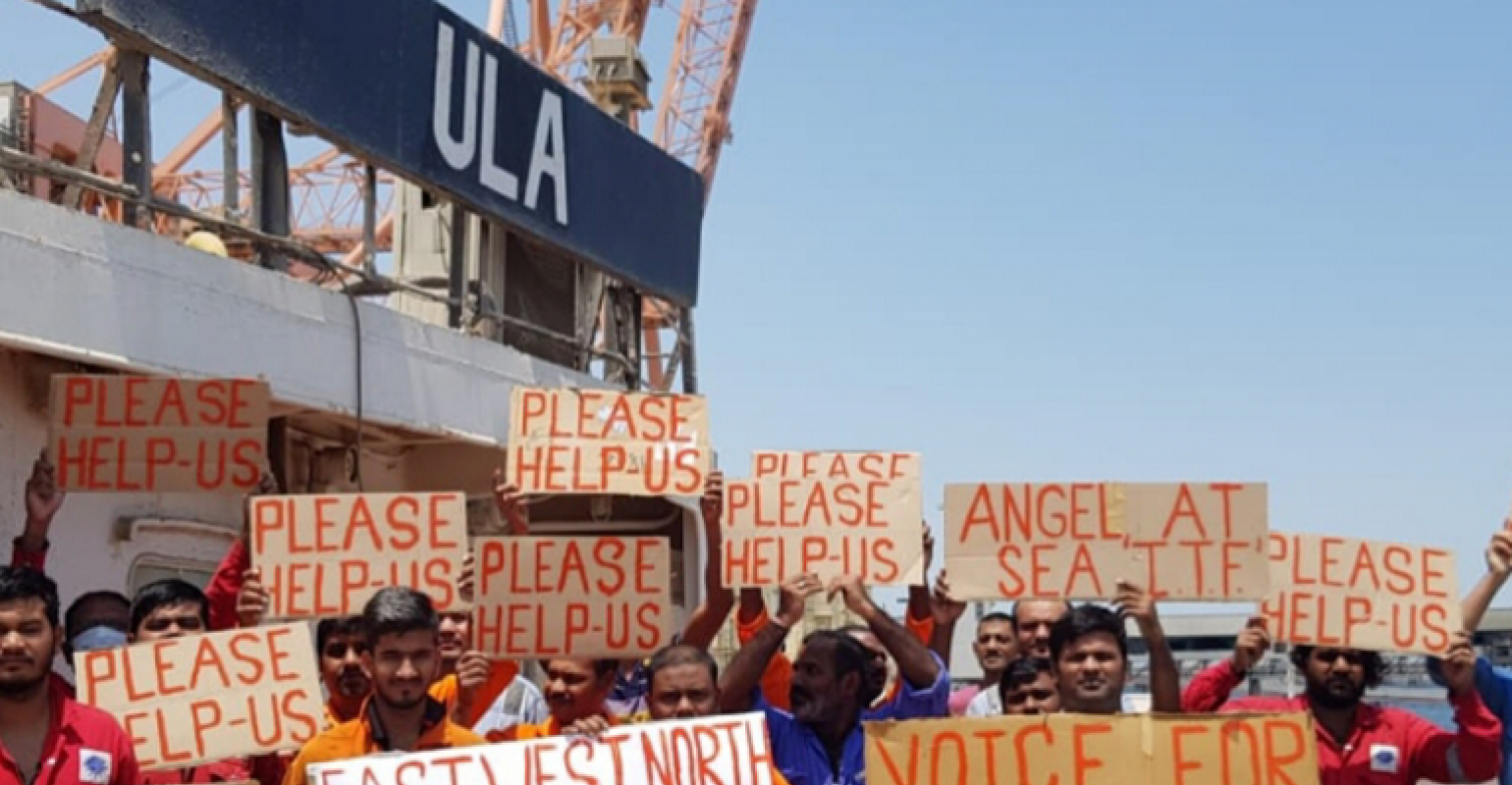 The crew of the Ula abandoned off Kuwait
Action needs to be taken now to improve seafarer welfare provision and prepare for the changing welfare needs of crews come 2050, according to a research report.

The report titled A Fair Future for Seafarers? was produced by Thetius and commissioned by Inmarsat to assess the challenges seafarers may face by 2050 and any steps the industry can take to best support seafarers in a changing market.

The report said that the maritime industry will undergo a technological change over the next few decades similar to that seen in other industries. “This includes levels of automation following a similar pattern to aviation. The number of people involved in operating a ship will likely reduce and the role of officers will move to monitoring an automated operation,” the report said.

Changes in operation may lead to two populations within the seafaring community, a small number of highly paid specialists and a larger number of lower-paid workers for routine maintenance.

The report speculates that coupled with changes in trade routes, operational changes onboard could lead to increasing difficulties for crews including isolation and loneliness, skill fade and mental underload. The report also warns of external issues that could further pressure seafarers such as the threat to safety from increased extreme weather events due to climate change.

The changed and challenging industry of 2050 will call for adaptations in the sector’s approach to training and welfare, said the report, as shorter port calls will limit access to welfare services ashore.

The report recommended the establishment of a global seafarer advocacy organisation to lobby for funding and better standards as well as to support individual seafarers.

“Creating long term improvements for seafarers across the industry requires a co-ordinated approach that leverages the best of the individual welfare organisations. By representing the entire sector’s views on the international stage, coordinating lobbying for long term funding, and enabling better advocacy activity, a single body that is made up of representatives of the whole welfare sector will be far more effective at creating change than any one welfare charity could be,” said the report.

In a similar vein, the report recommended a strategic review of local seafarer services. Crew welfare provision had developed over centuries by separate faiths, charities, organisations and international bodies, and a holistic look at provision levels around the world could lead to a more balanced provision which could reach more seafarers.

Finally the report suggested that due to the likely decrease in port welfare visits, development of digital services should be pursued while not neglecting the creation of seafarer support centres.

“There is already a great deal of progress being made on the development of digital chaplaincy, welfare and advice services. As internet connectivity at sea improves, the demand for digital services will grow. This will require more resources to be put into digital service delivery. But with the right systems and training in place, people that currently staff physical port welfare services could deliver the same pastoral support and advice digitally, whether by phone, video call, or chat,” said the report, adding that digital access to welfare services could be leveraged to provide access to learning and skills development for seafarers and their families, providing access to education that could provide financial, health and wellbeing security.

Ronald Spithout, President, Inmarsat Maritime, commented: “We are fully aware of the sacrifices our seafarers continue to make to keep the world economy running. This new report includes important proposals for the creation of a global seafarer advocacy organisation and an urgent strategic review of local seafarer services. For its part, Inmarsat is doing everything in its power to support our seafarers. We are doing so through enhancing connectivity and the digital services that support safety, continuous professional development and crew welfare as well as continuously working in collaboration with charities, ship owners and managers to provide enhanced welfare services.”

The full report is available on Inmarsat’s website here.