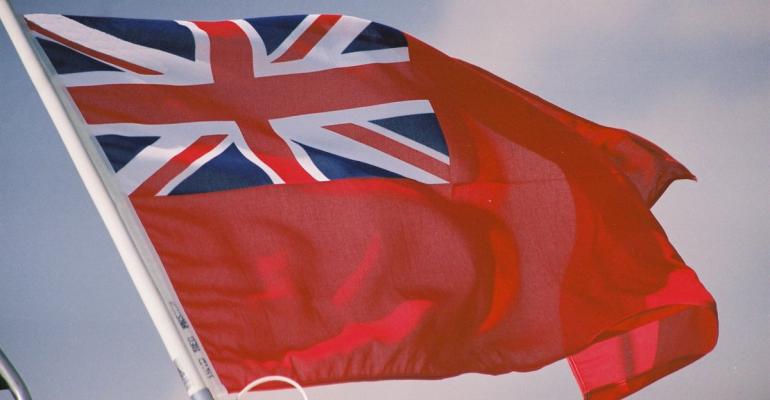 The seizure of the British-flagged tanker Stena Impero by Iranian forces comes as another blow for the UK Ship Register (UKSR) which is already reeling from the impact of the uncertainty of Brexit.

Back in early May we covered how the UKSR had lost nearly one-third of its tonnage in just four months due to the threat of the country’s exit from the EU and was expanding eligibility for the flag to include Commonwealth countries and another 20 countries on top of that.

With homegrown British shipowning in long decline Swedish company Stena Bulk is exactly the sort of quality shipowner the UKSR has been keen to attract – indeed another a Stena vessel adorns the front page of its website. The Stena Impero was clearly targeted by Iran in retaliation for seizure of the Iranian tanker Grace 1 off Gibraltar by the British Navy for alleged sanction busting with Syria. Iran had made no secret of its plans to seize a British vessel in response to what it had described as an act of “piracy”.

The Swedish-owned Stena Impero has essentially fallen victim to a bilateral geo-political conflict due to the fact it was flying the British merchant flag. For any owner flagged with the UK and whose ships trades the Middle East Gulf region the desire to switch flags would be entirely understandable.

More details of plans to protect British shipping interests in the Straits of Hormuz are to be revealed to the UK parliament on Monday afternoon, but there is a question of how much the country can do in international waters.

As security consultant Dryad Global notes, recommending UK-flagged ships should only transit the Straits as part of a naval convoy, “Vessels must also consider that naval convoy is not a guaranteed failsafe against interception, as UK Naval vessels will not have authority for use of lethal force in the absence of immediate threat to life.”

It is not just that owners might want to reflag from the UK for reasons of safety in the region, but charterers may also be wary of taking British-related tonnage in terms of cargo security.  “In the interests of business continuity, charterers and technical managers are advised to consider the chartering of non-UK connected vessels in the medium to long term,” Dryad commented in an update.

This is not good news for a ship register already reeling from the impact of the seemingly never-ending uncertainty of Brexit.