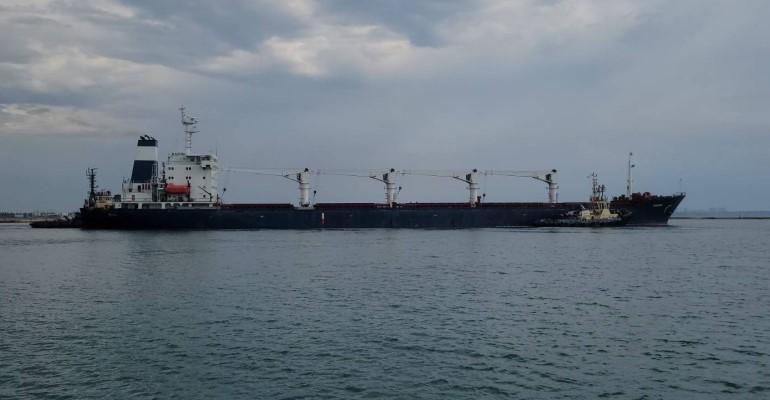 Razoni cleared its inspection off Istanbul earlier today and is free to continue its journey to Lebanon.

The ship is carrying 26,000 tonnes of corn and was the first vessel to leave Ukraine and transit the Black Sea humanitarian corridor under the terms of the Black Sea Grain Initiative.

Razoni arrived at the Istanbul anchorage on the evening of August 2 after leaving Odesa on August 1.

Related: Bulker sails from Ukraine with 26,000 tonnes of corn

A three-hour inspection of the vessel was carried out by a civilian team of officials from Russia, Türkiye, Ukraine and the UN. The inspection confirmed that crew and cargo matched the details sent to the initiative’s Joint Co-ordination Centre (JCC).

Razoni’s passage is the first to be authorised under the Black Sea Grain Initiative and acted as a proof of concept for the deal, which could unlock millions of tonnes of grain currently blockaded in Ukraine’s ports.

Foodstuffs and fertiliser have been cleared for export under the deal, with no goods cleared for import.

Ukraine Minister for Infrastructure, Alexander Kubrakov, recently stated that 16 ships blockaded in Odesa since the start of the war were awaiting their turn to sail, and applications for new vessels to arrive to export grain have been received.

“The joint inspection team had the opportunity to discuss with the crew and gain valuable information on the vessel's journey along the maritime humanitarian corridor in the Black Sea that was agreed by the JCC. The JCC will use this voyage in its ongoing work on fine tuning procedures and processes to enable the continuation of safe passage of commercial vessels across the Black Sea under the Initiative,” said the JCC.