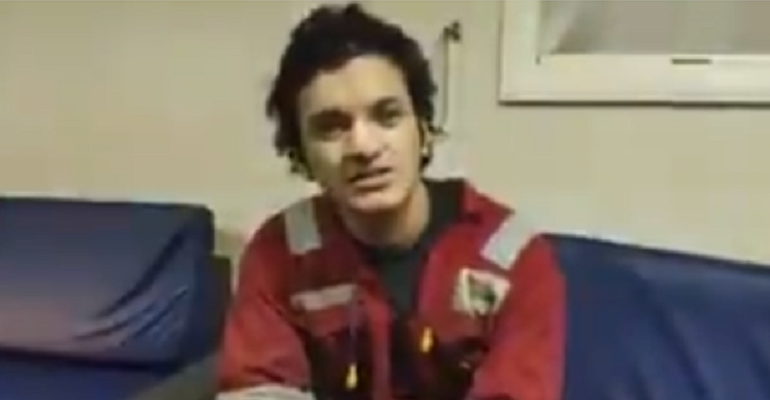 The bulker, belonging to India’s largest private sector shipowner, Great Eastern Shipping, is carrying coal from the Adani group’s Australian coal project in Queensland. It has been stuck near the Jingtang port in Hebei province of China since 13 June 2020 as it was not allowed to dock by port authorities.

Indian Minister of State for Shipping, Mansukh Mandaviya, tweeted on Saturday that the sailors would be flown back to India, and would arrive by 14 January. He added that once the crew members reached Chiba, they would undergo Covid-19 related protocols and then fly to India.

However, as of Saturday evening, the ship was yet to leave Jingtang port because of a technical issue with the anchor, though it had been cleared by the Vessel Traffic Service.

The news of the clearance to sail, granted to Jag Anand, was confirmed by Great Eastern Shipping’s spokesperson, Anjali Kumar.

“The bulk carrier is set to leave for Japan’s Chiba port, where our company’s back-up crew has been waiting to take over,” Kumar said. “We are still waiting for instructions from the charterer about the cargo. Right now, our top priority is to help our crew members reach home. We have all the permissions needed for that.” 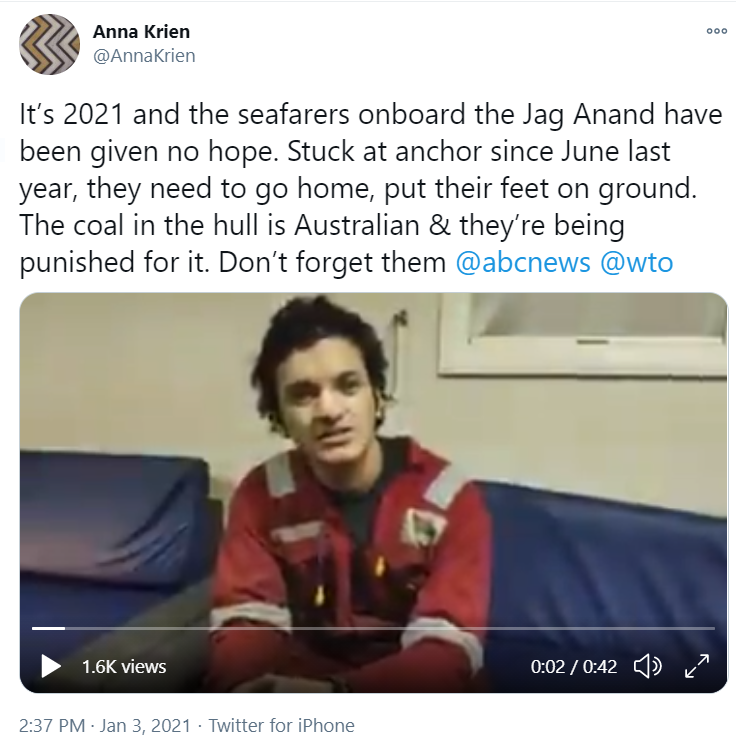 The Indian-flagged Jag Anand, loaded with Australian coal, arrived at Jingtang in mid-June. The deadlock played in the face of a diplomatic spat between China and Australia that swiftly escalated into a trade war, with China blacklisting a range of Australian commodities from coal to lobsters for imports.

India’s face-off with China in the backdrop of border tensions, did not help the situation. There has been a soft campaign in India for several months now to boycott Chinese products, and go instead for indigenous goods. This has led to a backlash at the Chinese end.

While the Jag Anand is on the point of moving out of Chinese waters, there is unfortunately no breakthrough yet for 35 other Indian seamen stranded aboard the MSC bulker Anastasia, on which a seafarer recently attempted suicide; Greek vessel Skopelos; and Hong Kong-owned Declan Duff for over six months.  Declan Duff is understood to be barely 3.5 nm from Jag Anand at Jingtang port.

It is estimated that, by November 2020, at least 21 bulk carriers with almost 400 crew members had queued up at Jingtang port, roughly 230 kilometers east of Beijing. Shipping industry sources indicated that there were nearly 70 vessels similarly stuck at different spots off the coast of China with nearly 1,200 seafarers of different nationalities stranded onboard.

While the vessels have remained anchored, a humanitarian crisis unfolded, as the port authorities restricted movement of the crew members, citing Covid rules.