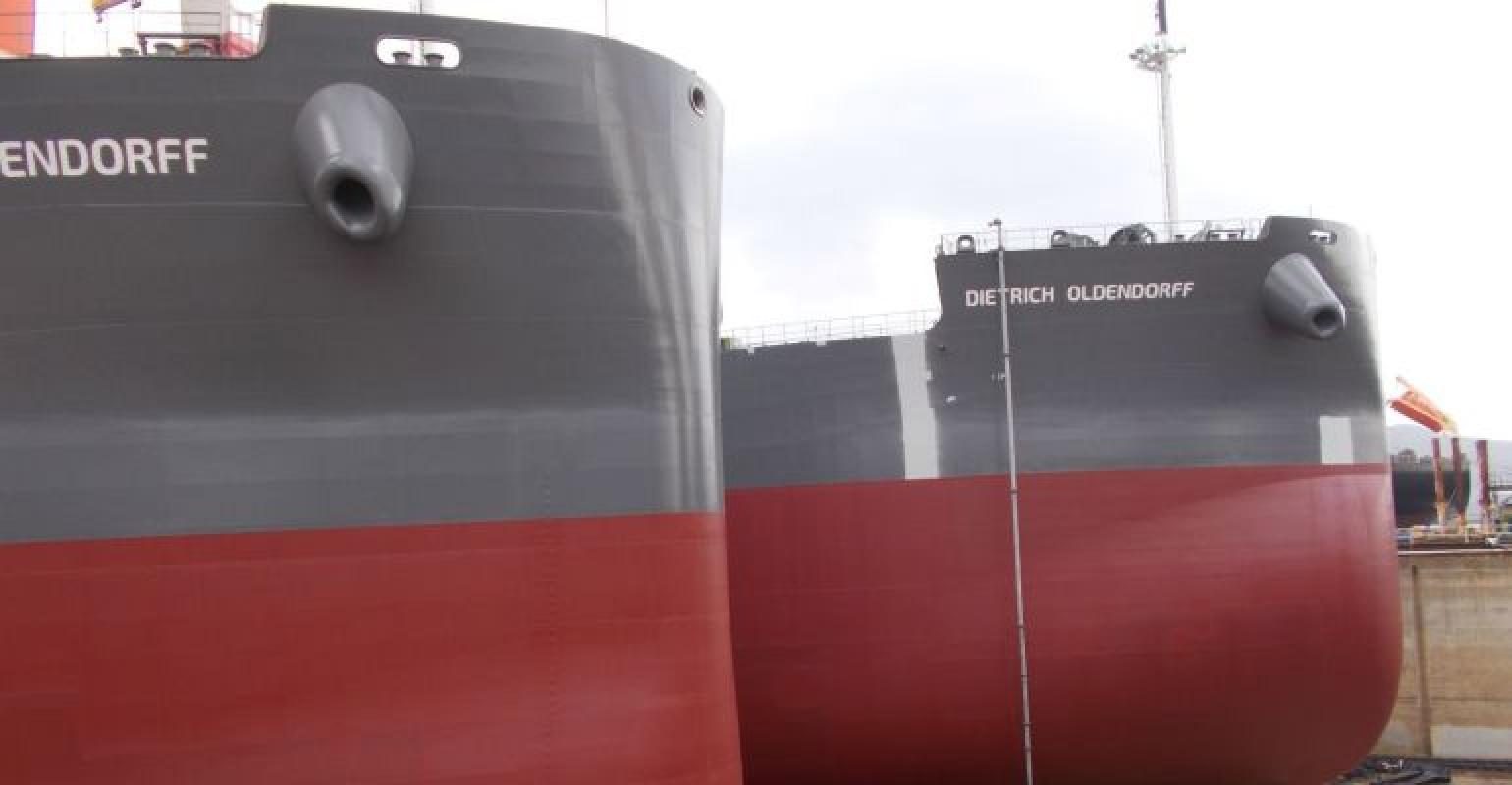 Oldendorff Carriers has planned a naming ceremony to take delivery of four new ships from Japan’s Oshima Shipbuilding in March 2020.

The four bulk carriers, currently under construction, are the 100,000-dwt Dietrich Oldendorff, and Beate Oldendorff, Benjamin Oldendorff and Britta Oldendorff, all of which are 62,500-dwt.

The four ships will all deliver within a few weeks between mid-March and mid-April 2020, whereas a fifth vessel, 100,000-dwt post-panamax Diane Oldendorff, will be named later ahead of leaving the yard in June.

“The two 100,000-dwt post-panamax vessels (D-class) will be of a new design, currently representing the most economical hull form of this size class, featuring a very low fuel consumption, whereas the three craned 62,500 tonners are of the popular Oshima-62k design with many upgrades like Co2 fittings and a stronger tanktop,” Oldendorff Carriers stated.