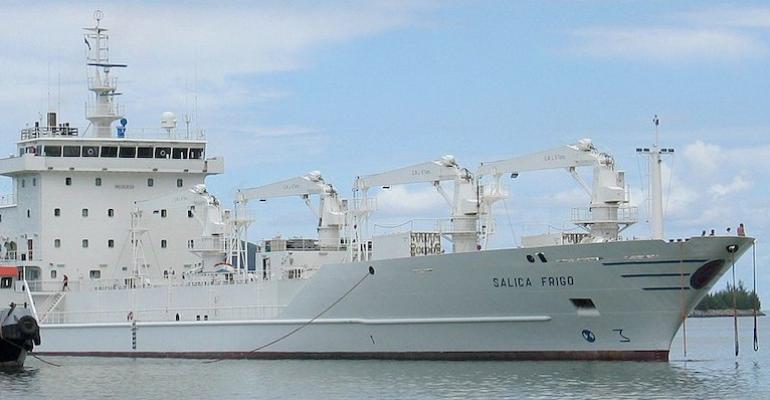 Despite transporting little more than 10% of seaborne reefer cargo today, the ageing specialised fleet fulfils a vital role in the shipment of perishables, according to Philip Gray, Drewry’s reefer sector analyst.

Conventional reefers earned record rates during last year’s peak season, corresponding to winter in the northern hemisphere. Between January and March this year, large, specialised reefers were earning up to 180 cents per cubic foot, with smaller ships not far behind, typically around 160 cents. This is more than double some of the highest rates seen for many years.

Yet according to a webinar – Reefer Shipping Market Outlook – staged this week by Drewry Shipping Consultants, 40% of these specialised vessels are already more than 30 years old. And there are virtually no conventional reefers on order.

Much of the market in seaborne perishable goods has switched from conventional reefers to container ships.  Only about 10% of reefer cargo is now shipped in specialised vessels and the share continues to fall. By 2026, container ships will have advanced their share to more than 90%, Gray predicted.

The three most important cargoes are meat, bananas, and fish, but many other types of refrigerated produce also move by sea. However, delays to container vessels with perishables on board have resulted in significant waste, supply shortages, rising prices, and shorter shelf lives. Last year, the disruption also led to lower banana shipments and reduced pork imports to China, Gray said.

However, despite the small share shipped on conventional reefers, these specialised vessels are very important and, he warned, the sector would be in trouble without them. But as the ships get older, reefers will continue to lose out to container ships.

One transaction three months ago could signal the direction of travel. Antwerp-based Seatrade Reefer Chartering announced an order for four 1,800 teu container ships equipped with high reefer capacity of about 1,200 teu.

The vessels are under construction at Huanghai Shipyard and are scheduled for delivery from October 2023. They are to be deployed in the company’s Fast, Direct & Dedicated (FDD) services taking in a range of smaller ports in key regions.

Meanwhile, Drewry expects the sector to clock a 3% compound annual growth rate between now and 2026, although this figure could be reduced a little in the firm’s next analytical period, Gray said. Asia is the largest destination for cargoes and is likely to account for almost 40% of all produce by 2025, up from about 37% today. Asia’s share dwarfs other regions, with the US, for example, accounting for 12% of reefer trade, and Europe 9%.