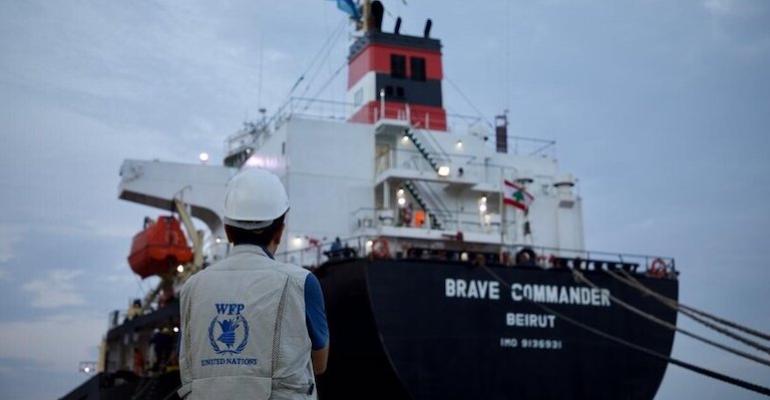 UNCTAD said there is little hope for ensuring food security for developing and least developed countries if the Black Sea Grain Initiative is not renewed next month.

The United Nations Conference on Trade and Development (UNCTAD) released a report detailing the positive impact the Black Sea Grain Initiative has had on global food security as the agreements underpinning the initiative come up for renewal on November 20, 2022.

The report A Trade Hope, The Role of the Black Sea Grain Initiative in Bringing Ukraine Grain to the World was released on October 20. The report shows the increase in the volume of grain exported from Ukraine, its effect on world food prices, and the particular impact on developing countries from the near 8m tonnes of exports under the initiative as of October 17. Total exports have since broken the 8m tonne barrier.

“In the short space of time that the Initiative has been in operation, grain exports to developing and least developed countries have started to recover. But more needs to be done to match previous levels of exports,” said the report.

While exports from river terminals continued after the outbreak of war, the opening of sea terminals under the Black Sea Grain Initiative brought a dramatic increase in export volumes due to the much larger ships involved. The trend in export volumes trended upwards after the signing, narrowing the gap to last year’s levels.

UNCTAD said it has already seen the impact on food prices of a possible end to the Black Sea Grain initiative, as reflected in the UN Food and Agriculture Organisation’s Food Price Index.

“Wheat and maize prices are still at historically high levels, which continues to weigh on the affordability of basic foods and poses a risk to food security the world over. This is one more reason why the renewal of the Initiative on 20 November is important for developing countries,” said the report.

“The urgent threat of rising world hunger and the cost to human life requires an urgent response. Amid these difficult and complex challenges, the Black Sea Grain Initiative provided a measure of stability to our global food supply and especially for developing countries. The Initiative has gathered momentum and everyday ensures that more and more grain reaches the world. It has managed to lessen the blow on the most vulnerable but there is still more to be done to maintain access and restore exports to those in need. For the time being, the Black Sea Grain Initiative may be our best hope.”