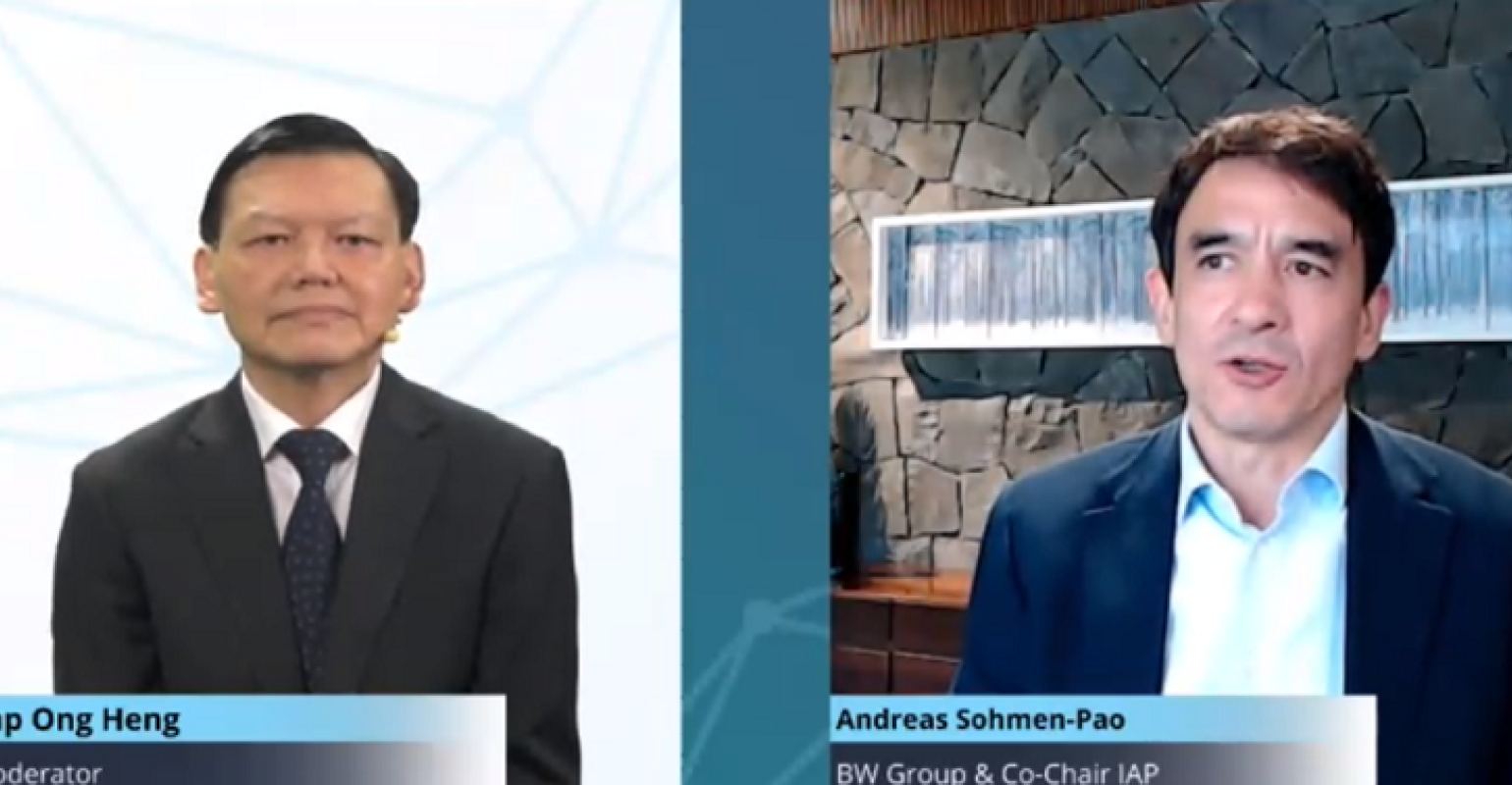 Leading maritime figures have called for action on reducing CO2 emissions to be global and through the IMO as Europe is set to go it alone on emission trading for shipping in 2022.

The “Future of Shipping: Decarbonisation” webinar organised by the Maritime & Port Authority of Singapore (MPA) and IMO saw unified, global measures on reducing CO2 emissions high on the agenda.

Kitack Lim, IMO secretary-general said: “IMO will embark on emission reduction mechanism like market-based measures to incentivize the uptake of alternative fuels. We also want to ensure no country is left behind in the transition to carbon neutral shipping.”

Earlier this week the European Parliament voted to include both international and EU “domestic” shipping trades into their Emissions Trading System (ETS) by 1 January 2022.

BW Group chairman, Andreas Sohmen-Pao, who has been a strong proponent of a carbon levy, said the industry had an opportunity to lead the way as it had a unique body in the IMO. ”Of course one can frame it as R&D contributions if not as a levy, but it is to help to bridge the price work on a global basis. It’s very difficult for the industry if we have this patchwork legislation.”

Sohmen-Pao, who is also the co-chair of Singapore’s International Advisory Panel on Maritime Decarbonisation, said that any levy had to be both equitable and predictable.

“Predictable means you need to know what you’re going to pay because as a business we’re not going to invest if it’s a traded scheme where we no idea. If you look at the European trade scheme it’s been EUR10, it’s been EUR30 per tonne, and it could go a lot higher…if you have this kind of fluctuation you don’t know how to invest. If you have a predictable price increasing over time you can calculate it and businesses will invest.

“It needs to be equal, it needs to be a global scheme not a regional scheme. or otherwise you will get so many distortions and will become very difficult to enforce and police it will be unequal about different businesses,” Sohmen-Pao stated.

He expressed sympathy towards Europe’s frustrations noting it had taken 13 years to ratify the Ballast Water Management Convention. “What I like about what Europe is doing, is it’s creating momentum and pressure. We need pressure to move so that’s great, but what worries me is it's neither predictable or equal and I think that means its fundamentally flawed,” Sohmen-Pao said.

Asked about the IMO’s view on the decision by the European Parliament Roel Hoenders, IMO's acting head of air pollution and energy efficiency, said it was difficult to comment on policy making by the EU.

Earlier in his opening remarks Singapore Minister of Transport Ong Ye Kung spoke about the need for global action to reduced greenhouse gas emissions from shipping.

“We cannot leave this historic human endeavour to a patchwork of individual efforts. The IMO’s leadership is needed, to harness the collective will of the maritime community. It has spearheaded some critical initiatives, such as the first set of regulations for a global sector on CO2 emissions standards for new ships, setting collective ambition by 2050, and within this century,” Minister Ong said.