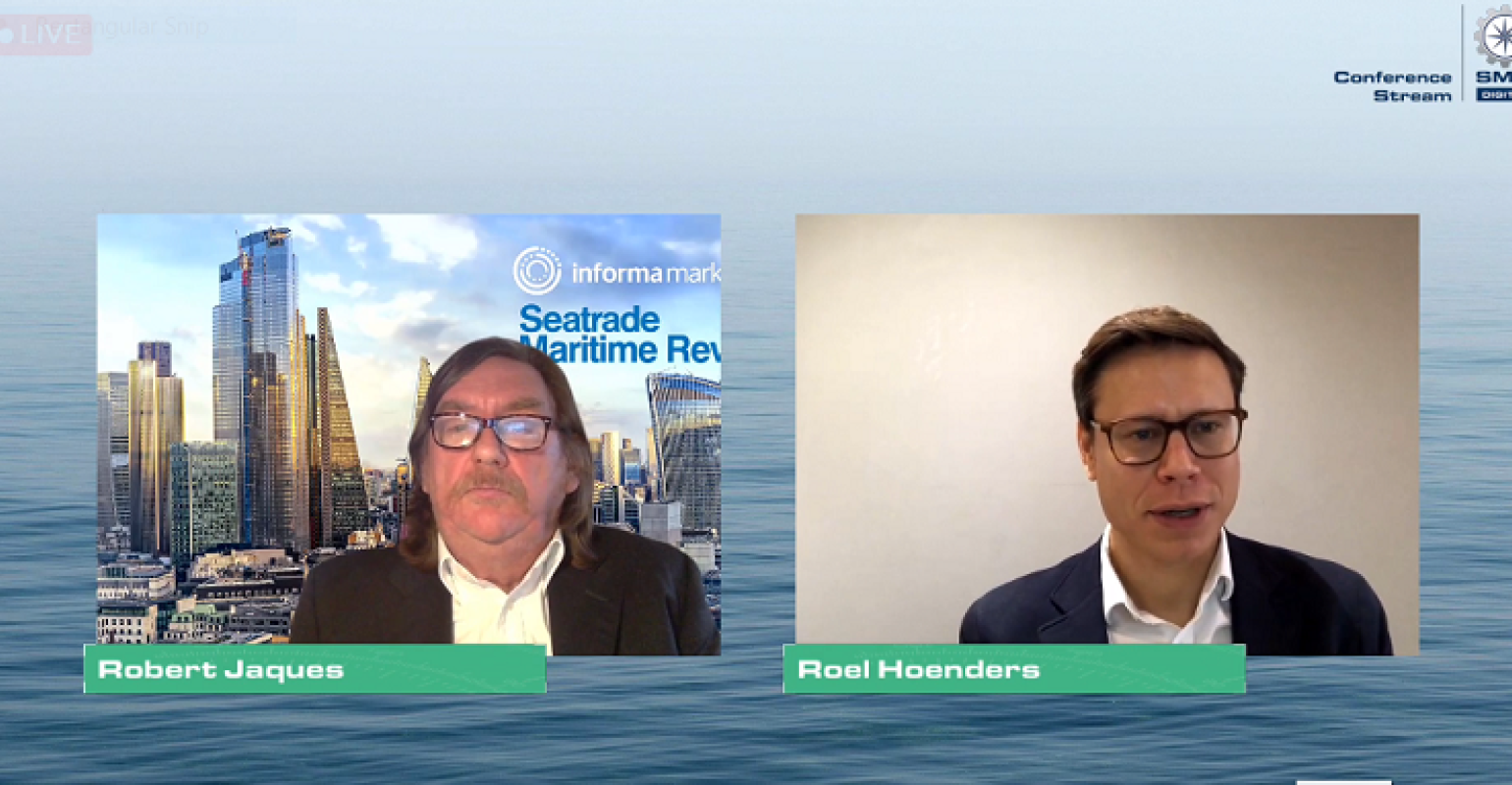 The International Maritime Organization (IMO) says it is “not deaf to climate urgency”, but needs to keep its membership together and work on what has been agreed for emissions reduction from shipping.

This was the message given by Roel Hoenders, IMO Head, Air Pollution and Energy Efficiency, Subdivision for Protective Measures, Marine Environment Division, in a keynote session at the global maritime environmental congress (gmec), part of SMM Digital, and held in cooperation with Seatrade Maritime.

Answering questions from Seatrade Maritime Review editor Bob Jaques, following a presentation on the current status of IMO initiatives on pollution and emissions, Hoenders said, “You mentioned consensus, this is an important part of our discussions, because the organisation as many of you know is very much focused on consensus, and why is that the case? Because we are very much regulating a global industry.”

He explained for the IMO’s regulatory role in terms of the environment the main implement was Marpol Annex VI.

“If there would not be consensus member states around the world would not be happy with applying the provisions of Marpol Annex VI, so it’s important to keep our membership together moving forward on important issues such as reducing emissions, such as combating climate change.

“Of course there are climate champions that want to go faster than others, but we do believe it’s very important to keep the membership together in order not to end up with a patch work of regulations around  the world but a uniform regulatory global framework that basically applies equally for the industry across the world.”

In November last year the IMO MEPC approved draft measures to meet a 40% reduction of carbon intensity from shipping by 2030 compared to 2008. These measures have, however, been criticised for both being to slow to be implemented and not going far enough.

Hoenders defended the amendments to Marpol Annex VI which had been agreed upon despite the difficult conditions imposed by the Covid-19 pandemic.

“Maybe these amendments are not as far reaching as some stakeholders would like them to be but at the same time we have to applaud ourselves that we did actually manage to get an agreement on important elements that provide the building blocks for future discussions on mid-or-long term GHG measures,” he stated.

In terms of timeframe and targets agreed he said they were implementing the ambitions agreed at IMO in 2018.

“I am not denying since 2018 of course that a lot of additional action, and a lot commitments by member states, and other parts of industry have come forward, and we are not deaf to those initiatives, we are not deaf to the climate urgency, but for the time being we are working towards what was agreed in 2018,” Hoenders said.

On moves by the EU to extend its Emissions Trading Scheme (ETS) to shipping by 1 January 2022 he said it was difficult for the IMO to have an opinion on EU developments.

However, Hoenders underscored the need for uniform global regulation and consensus among IMO members states in this.  “What is important for IMO is to the uniform regulatory framework that keeps our membership together,” he said.

“There are important trade routes that do not affect the EU and if we want those trade routes covered by IMO regulation, if we go too fast, if we move in a non-uniform way forward within the IMO we will end up with situations where some member states may just step out of the regulatory discussion and that is not what we want either.”