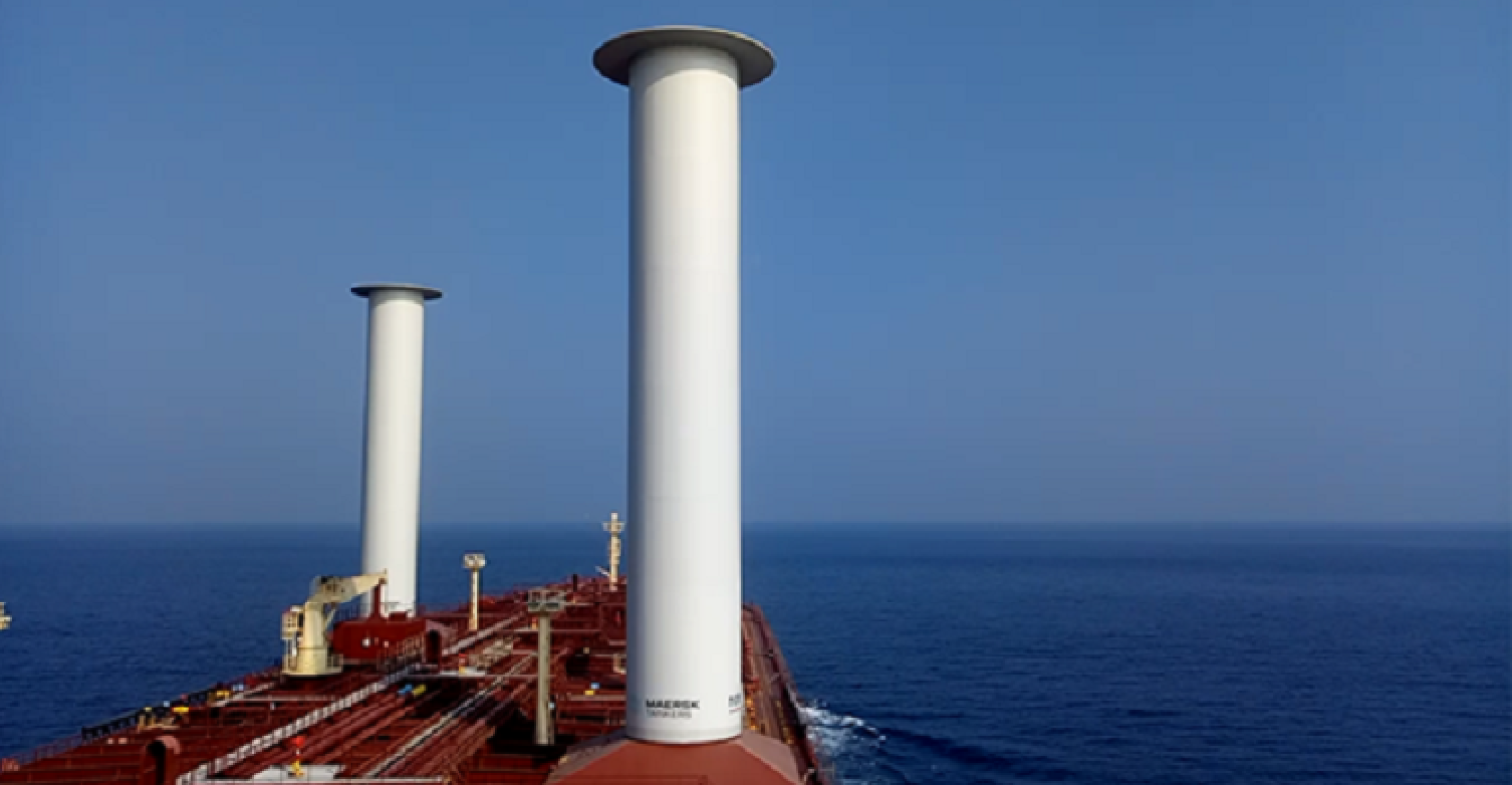 Thomassen’s positive comments in a webinar yesterday follow the successful trials of Norsepower’s Rotor Sails on the 109,647dwt products tanker, Maersk Pelican, which demonstrated fuel and emissions savings of 8.2%, confirmed by independent analysis from Lloyd’s Register.

The pilot project, conducted with Shell Shipping & Maritime and The Energy Technologies Institute, validated the Maersk group’s belief in wind-assisted power. Thomassen said that Flettner rotors, the basis for the Rotor Sail design, had already been identified by the group as a promising technology, even before the Norsepower initiative became a possibility.

In the year-long wind sail trials on board the Maersk Pelican, which traded worldwide over the test period, the automatic Norsepower sail management system deployed two 30m-high sails on board the vessel for 40-55% of the time. However, on certain key tanker trades with more favourable wind conditions, analysis has indicated that fuel and emission reductions could yield far greater savings – possibly up to 20%.

Tuomas Riski, Norsepower ceo, revealed that the technology – if applied over 25,000 ships in the world fleet – could lead to overall GHG savings of about 7%, according to the company’s analysis.

Thomassen observed that the Maersk Pelican trials indicated that harnessing wind power has the potential to provide perhaps even the best means of saving fuel and cutting emissions in the short run. And, he said, the Maersk Pelican results show that unlike many of the initiatives to reduce shipping’s GHG emissions, the technology is available today, both for retrofits and newbuildings.

He revealed that Maersk and Norsepower are now working on plans for ‘off-the-shelf’ Rotor Sails to be available in the market, a move that would significantly reduce costs. But he said that the return on investment – considerably longer at today’s low bunker prices – was only one of Maersk’s considerations. The group has already declared plans to reduce its emissions profile by more than the IMO’s 2030 and 2050 targets.