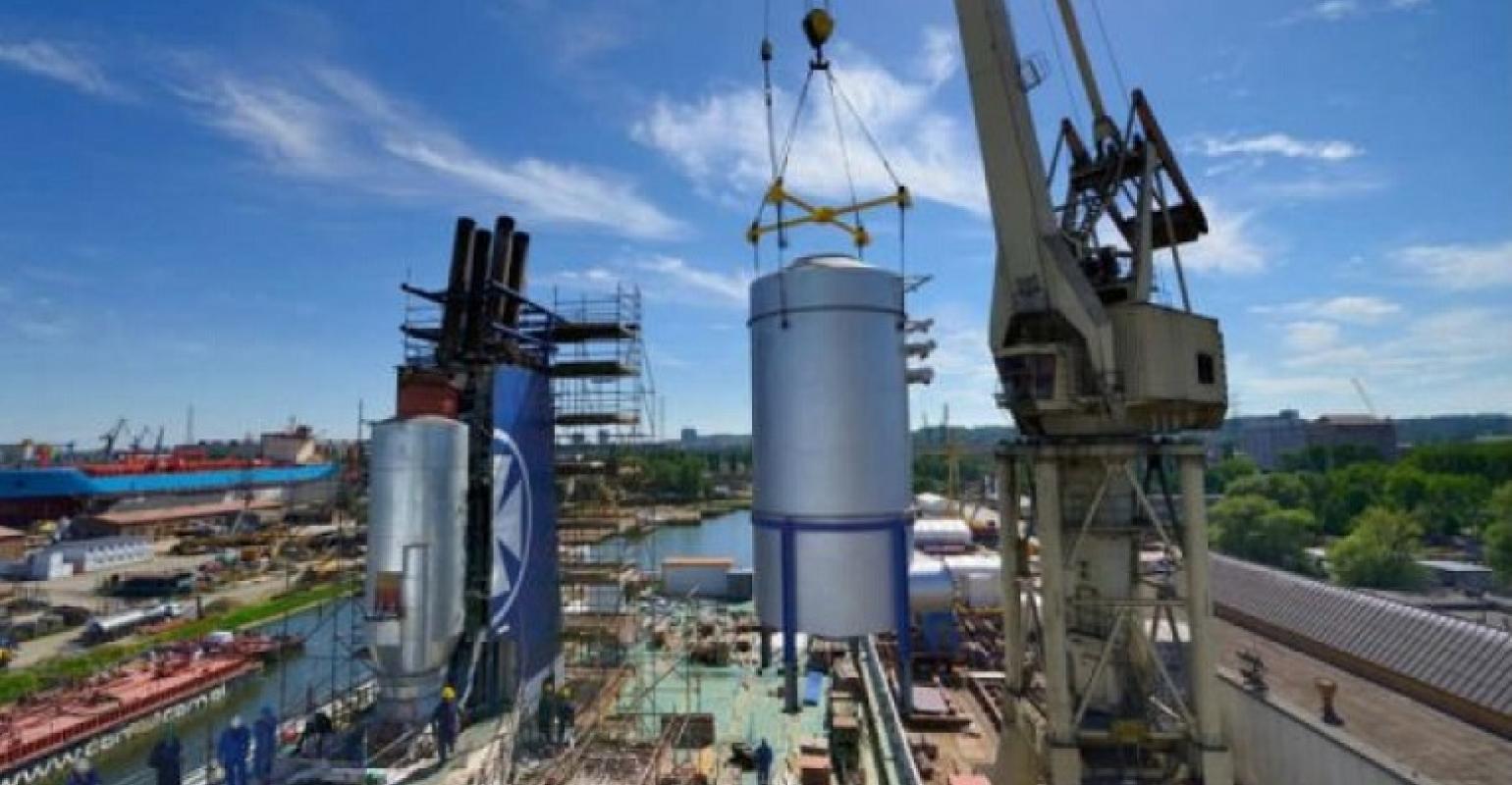 Scrubber installations take 3.6% of the container shipping fleet out the market

Scrubber retrofits have taken out some 839,100 teu of containership capacity, or 3.6% of the fleet, according to analyst Alphaliner.

The retrofitting of scrubbers, mainly on large containerships, has seen the idle boxship fleet move up to 225 ships totalling 1.32m teu as of the 25 November this year Alphaliner said in its weekly newsletter.

Reflecting the large size of vessel being retrofitted with scrubbers 839,100 teu of capacity that is out of the market for the installation of exhaust gas cleaning is 83 ships, equating to average size of roughly 10,000 teu per vessel.

Related: Torm delays some scrubber installations to first half 2020

In part the idle fleet has been swelled by the much longer time that scrubber retrofits have taken than originally expected. While manufacturers touted installations times of as little as 30 days Alphaliner said the average yard stay for containerships that had completed scrubber installations was 58 days, excluding waiting and repositioning time.

“Owners are reporting significant delays at shipyards which are currently straining to cope with the large number of retrofit projects prior to the implementation of the new IMO 2020 regulations due to limited access to trained labour and subcontractors,” the newsletter said.

The number of idle containerships does not include 19 vessels undergoing general repairs during scrubber installations and a further 15 waiting to enter yards.