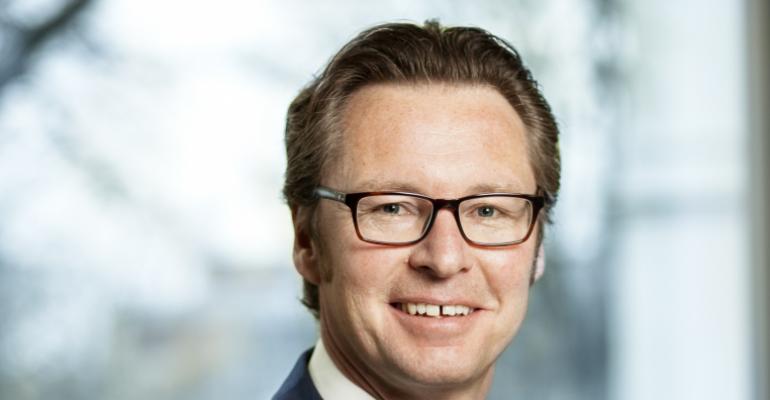 Shipping must prepare for and start on its decarbonisation pathway without delay, said Knut Ørbeck-Nilssen, DNV GL’s ceo, Maritime, as he launched the fourth edition of the classification society’s Maritime Forecast to 2050 at a webinar yesterday.

Likening shipping’s decarbonisation process to a voyage, it starts with gas, he said, which is almost certainly the best fuel choice for the next one or two generations of ships.

Stressing the urgency, he said “the pressure to act decisively is mounting and … waiting for the perfect choice [of fuel] will not help to deal with global warming”. He pointed out that LNG and LPG both offer immediate carbon reduction benefits ranging from 15-25%.

Related: Call for global measures through IMO on reducing CO2 emissions from shipping

He dismissed the three key arguments posited by the opponents of LNG, one by one. Yes, these gases are hydrocarbons, but they are substantially less carbon-intensive than the principal marine fuels used today. The lack of LNG bunkering infrastructure is about to disappear, he said, at least on many of the world’s major trading routes. And methane slip is an issue that the engine manufacturers are working on with considerable success.

Referring to the European Union’s plans to include shipping in its Emissions Trading Scheme framework, Ørbeck-Nilssen warned of the dangers of “idealism” and “localism” which, he said, must be avoided because they will hinder or stop shipping’s journey. However, the move by lawmakers demonstrated impatience at the IMO’s progress and risked the introduction of regional regulations on issues such as CO2 emissions, biofouling and scrubber wash-water.

Tore Longva, DNV GL principal consultant, Regulatory Affairs, explained that the Maritime Forecast to 2050 outlines 30 scenarios used by the researchers to assess the potential risks of a particular fuel choice. Under three principal decarbonisation scenarios, there are no clear winners among the ten fuel options.

Fossil LNG gains a significant share until regulations tighten in 2030 or 2040 while bio-MGO, e-MGO, bio-LNG and e-LNG frequently end up with a strong share of the market. They are the most promising carbon-neutral fuels in the long run, according to the DNV GL analysis.

Meanwhile, one surprising result was the relatively low uptake of hydrogen as a fuel, mostly because of its high cost and the heavy investment needed for ships’ engines and fuel systems. However, hydrogen would have an important role in the production of several carbon-neutral fuels, including e-ammonia, blue ammonia, and e-methanol, all of which gain significant uptake under the decarbonisation pathways.