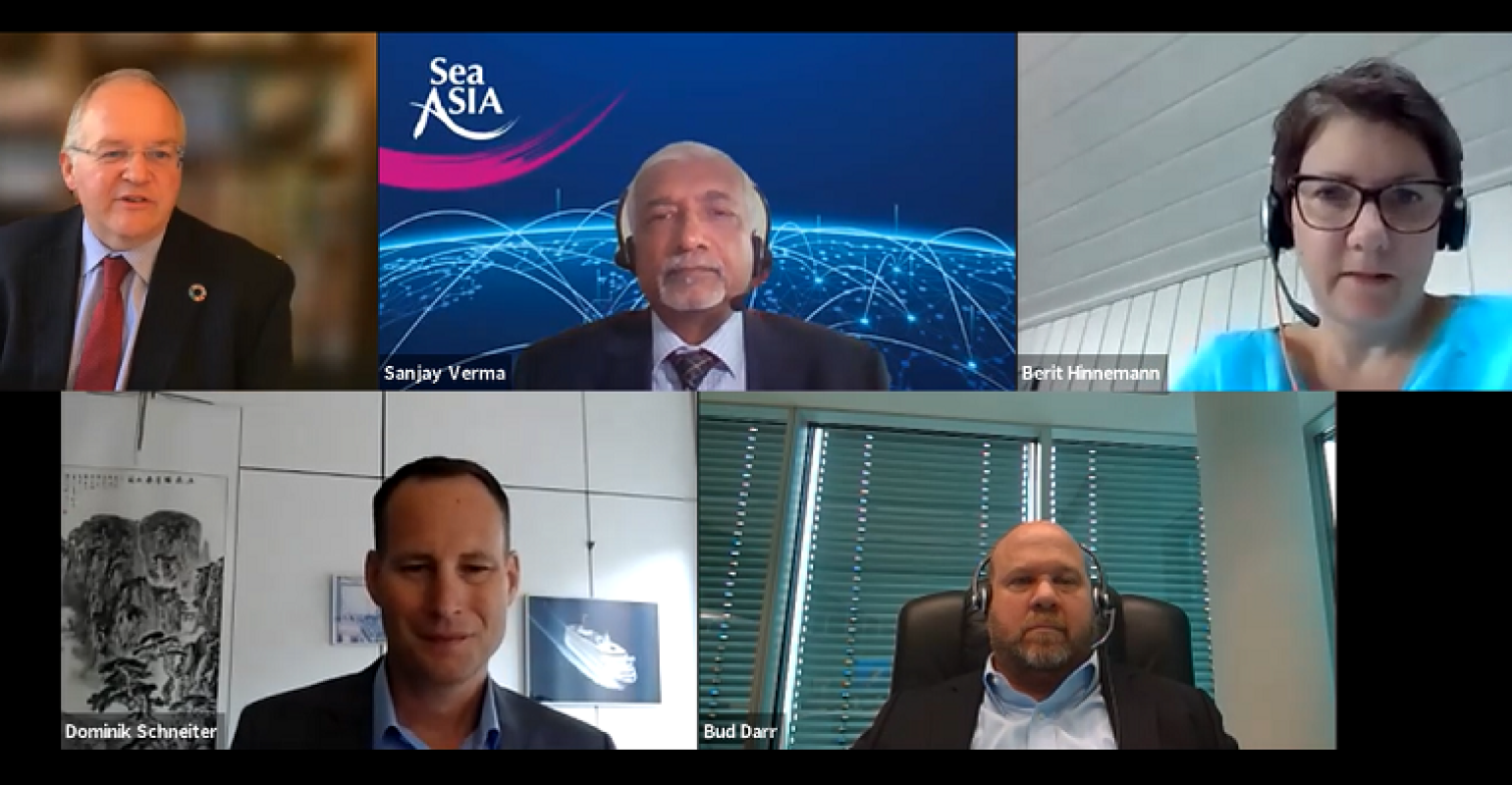 International shipping needs a universal carbon pricing strategy, not a regional one. This was one of the conclusions agreed on by most panellists at a Seatrade Maritime Online Series webinar, titled Progressing Decarbonisation – An Incremental Approach, yesterday.

The panellists’ call for a global setup came at a critical moment yesterday, just a few hours before the European Union announced that shipping would be included in the bloc’s Emissions Trading Scheme. It also preceded the imminent start of China’s emissions trading scheme, billed as the world’s largest carbon trading market, later this month.

Panellist Bud Darr, EVP of Executive Vice President, Maritime Policy and Government Affairs, at MSC Group, told participants that these two regional initiatives could prevent the creation of any global scheme in future. Wärtsilä’s Director of Decarbonisation Solutions, Asia, Sanjay Verma, was emphatic. A global approach was essential, he told the webinar organised by Sea Asia.

Berit Hinnemann, Head of Decarbonisation Business Development at A.P. Møller-Maersk, was more circumspect. Maersk wanted a global setup, she said, but is still supportive of regional measures as possible stepping-stones. In any case, regional action may be inevitable, she suggested.

At a more technical level, WinGD’s Vice President, Research and Development, Dominik Schneiter, stressed the importance of two-stroke internal combustion engine technology and its very effective energy conversion. However, initiatives to raise efficiency would require new optimised systems and energy management networks on board ships that would require careful integration, he said.

The challenge, he declared, was not engine technology. The focus had to be new fuels and their respective emissions.

Darr stressed the need for energy efficiency. This would be particularly important with inevitably higher fuel prices in the future. “If you think about most of these truly decarbonised fuels that we all aspire to use, most of these down-range fuels have energy density challenges. So, the less of it you need to maintain the autonomy that is required for long ocean voyages, then the more of these potential real long-term solutions don’t look so far over the horizon.”

He cited fuel cells as an example. If scaled up, he said, fuel cells could offer a 35% increase in efficiency over an internal combustion engine of a similar power rating. “Well … that’s a lot less fuel that I actually need,” he declared, noting both a saving in fuel cost and a reduced requirement for fuel storage on board.

Wärtsilä’s Verma noted the potential to raise efficiency on existing ships. “If we take a ship that was built, say, ten years ago, we can reduce its energy consumption by 30-35%. So, a 35% rise in fuel price is easily compensated there,” he said.

The panellists were in broad agreement on a range of issues. A multi-fuel future was widely seen as inevitable. Collaboration in the pursuit of new fuels and new technologies was essential, they agreed. And access to finance remains a major challenge since the fuels of the future are likely to be much more expensive. Creativity is essential.

One key point in the discussion particularly stood out. Whilst few of shipping’s customers want to pay more for the sector’s services, either for technology or fuel, the Greta Thunberg effect is rapidly changing this backdrop.

Said Darr: “Just because the call from customers [for more carbon-efficient shipping] is maybe not so loud – although I think it’s getting louder … the customer of today is not the customer of tomorrow. The generation of people that are literally taking to the streets … with their concerns over this climate crisis, they’re going to be the leaders of tomorrow. They’re going to be running the companies that we’re dealing with as customers.”