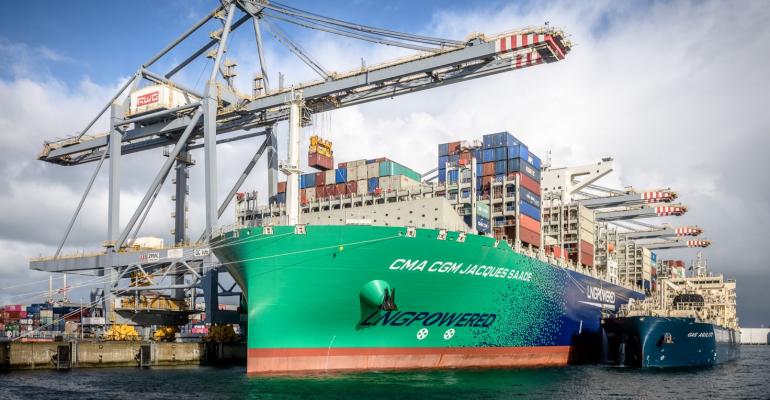 It has been evident over the last year or two that there is a growing number of stakeholders who take a great interest in the progress that the maritime industry is making on decarbonisation and the IMO’s targets may not be enough.

Knut Ørbeck-Nilssen, CEO of DNV Maritime, was speaking as the classification society launched the fifth edition of its Energy Transition Outlook Report 2021.

He highlighted the European Union, the great economies of the Far East which are proclaiming carbon neutrality, and the new Administration in the US, which has a different environmental perspective. Other stakeholders, including cargo owners, charterers, and financial institutions, are all putting requirements in place, he said, not necessarily relating to regulations but certainly relevant to commercial issues.

“This is a dilemma for the IMO because there could be other players that are driving [the decarbonisation process] and setting requirements,” Ørbeck-Nilssen said, “and it becomes a nightmare if you have too many regulators with their own specific requirements and their own reporting schemes. Much more pressure is likely to be added after COP 26 in November,” he predicted.

Specifically on future fuels, the DNV executive revealed that the number of ships on order that will use alternative fuels has doubled from 6% of the orderbook in 2019 to 12% today – more in capacity terms. LNG and batteries show the largest take-up. However, in view of the many thousands of existing vessels, he said that there is still a very long way to go before shipping is using alternative fuels as a predominant source of power for the fleet.

Despite developments relating to new fuels including methanol and ammonia, Ørbeck-Nilssen stressed that these are, as yet, emerging fuel options. “Both of these fuels need to be produced in a green and sustainable way, and scaled up,” he said, pointing out that gas is readily available today and likely to be the “preferred choice” for the rest of this decade.

Ørbeck-Nilssen stressed that he doesn’t like to hear shipping’s decarbonisation process labelled as a race. “We’re not looking for one winner. It’s about finding proper fuels that can be used to help the industry decarbonise and it should be a collaborative effort,” he declared. And he gave examples of the classification society’s involvement in various industry groupings, notably the Maritime Technologies Forum in which three flag states and four classification societies are co-operating and sharing knowledge.

Two months ago, the classification society unveiled a series of new class notations due to be introduced in January 2022. They include a “Fuel Ready” notation, applicable for ammonia, LNG, LPG, and methanol, either as single fuels or potential dual-fuel combinations for ships that may be converted to new fuels at a later date. Some existing notations have also been updated, including those for fuel cell installations, low flashpoint liquid fuels such as methanol, and others relating to noise, both above and below the water.