The way ahead in reducing shipping’s environmental footprint 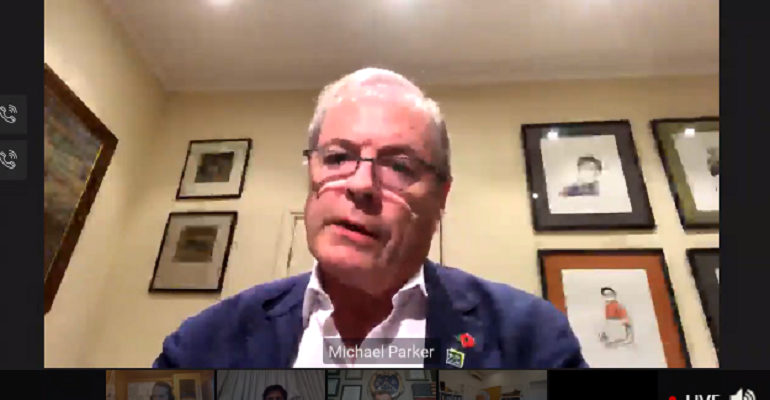 The role of both international regulation at the IMO and the private sector in the supply chain were highlighted by leading industry executives grappling with the subject of reducing shipping’s environmental footprint.

The webinar saw ICS chairman Esben Poulsson launch a spirited defence of the results of last week’s IMO intercessional GHG working group have not only received criticism from environmental groups but also some industry bodies.

Related: Odfjell and Sohmen-Pao back IMO on reducing GHG emissions from shipping

“These statements come from people who do not understand how to work constructively with nation member states, and please bear in mind IMO is nation member states. Shouting at people and throwing stones, and even suggesting we should scrap something that has taken over two years to agree and start over, while in the same breath saying we are losing time is a route to nowhere. The reality is not all countries are in the same place when it comes to climate change,” Poulsson stated

The ICS chairman underscored the mandatory nature of the Ship Energy Efficiency Management Plan (SEEMP). “Ships will be required to demonstrate that everything possible has been done to comply with the SEEMP to improve operational efficiency. Under this system a major non-conformity can result in serious actions against a ship and result in enforcement action,” he said.

Commenting on the results of last week’s IMO meetings Dallas Smith, director of LNG and offshore for the Liberian Registry said, “It leads into a great transition fuel for LNG, but again would only be a transition fuel, which opens up a lot of questions on what the future fuel source will be.”

Georgios Plevrakis, director of global sustainability for ABS, said accelerated decarbonisation could not be achieved by shipping alone and had it had to be “a team game”.

He said the IMO agreement last week “provided a clear view more or less of what we should be expecting”. However, Plevrakis added that it also came with challenges and that many details needed to be clarified.

Michael Parker, chairman of Citi’s Global Shipping, offshore and logistics, for Citibank, and representing the Global Maritime Forum, highlighted the leading role the private sector can play with initiatives such as the recently launched Sea Cargo Charter. Parker said this sees cargo owners setting an example and setting standards based on emissions of which ships they would employ.

As such Parker sees cargo owners driving the emissions agenda. “Shipping is part of a supply chain that is moving cargo and what is going to drive the agenda forward is the cargo rather than the ship.

“The ship will of course be important to that, but emissions in the overall supply is what is going to drive this agenda. And that’s going to be informed by data which will shipping, because it will change the image of shipping in terms of emissions because it will look a lot better when you put it against trucking and other parts of the supply chain.

“I don’t see any problem with that the private sector through initiatives like the Global Maritime Forum will really help drive this faster, the extent which regulation helps that or catches up with these, that doesn’t really matter,” he said.”