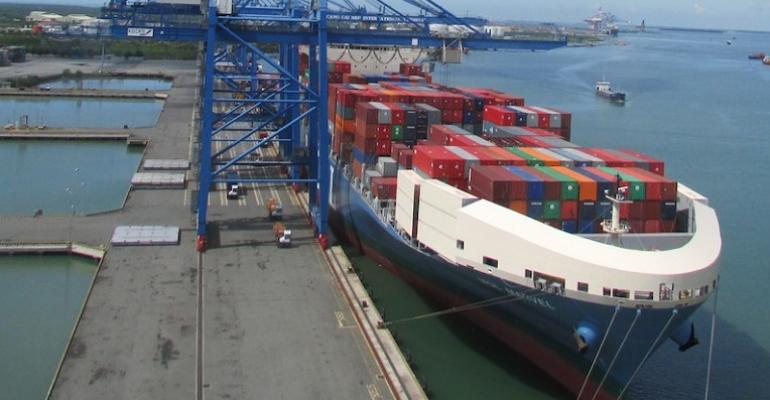 Any navigator with more than a few month’s experience knows that when the wind is forward of the beam, it affects the speed of the ship. So if you wish to maintain the speed in such conditions, you need to use a bit more fuel.

More realistically, you will, with no hyperbole, just note the wind speed and direction in the logbook, which will hopefully justify the speed reduction to a questing charterer, who might otherwise accuse you of not prosecuting the voyage with sufficient urgency.

Why aren’t ships rather more streamlined, if wind is such a blooming nuisance when it blows from the wrong direction? Most of them seem to offer the aerodynamic qualities of a brick, at least above the waterline – hopefully they are rather more svelte below.

It is, of course, all a matter of price, with the average shipbuilder sucking his teeth and pointing out the additional cost of even a two-dimensional curved plate, when compared to a nice right angled weld. So the owner rapidly changes the subject and the ship emerges with a great straight slab of accommodation island, or if a container ship, presenting a solid wall of about eight or nine high boxes to the oncoming breeze.

To do both shipbuilders and owners justice, naval architects, until quite recently, would point out that while hydrodynamics obviously mattered, aerodynamics were best left to the designers of automobiles, as streamlining really didn’t make a difference at the speeds of the average ship. But today, as everyone strains their design sinews to reduce their carbon footprint, it is notable that even the most hard and fast rules are being questioned in the quest for a few percentage points of efficiency. The wind is beginning to matter again.

It is thus interesting to see the Japanese giant MOL is looking to equip its largest containerships with a sort of windshield right forward to present a more streamlined profile to the wind, also protecting the forward stacks of containers.

They have undertaken some trials on smaller vessels and have been convinced with the results showing, that there are some 2% of savings to be gained from a rather less bluff forepart. It doesn’t sound much, but if you add it to a few points from polished propellers, a few more from a beautifully tuned engine and posh hull coatings, more still from various enhancements to the water flow and so on, it shows that in efficiency terms, every little helps.

It is not the first time that designers have tried to smooth the passage of the air around their ships. When fuel costs, rather than carbon emissions, were the perceived problem, there were tankers and bulkers being offered by Japanese shipbuilders with  vertical spoilers (think of the things mounted on the back of hot hatchbacks, but upright) on the forward corners of the superstructure. They claimed up to 5% of fuel reduction, although I never saw it justified.

Then there are car carriers, which try and mitigate the sail area of the huge car parks above the waterline with a streamlined forepart and this obviously does make a difference, or people wouldn’t bother. And if you only have a crew of 20-25 to operate a gigantic ship, there is really no point in a huge, full-width superstructure, which will cost money and slow the ship down. How much space does a seafarer need to live in?

People of a certain age might just remember the extraordinary Blandford VLCCs designed for a Fred Olsen subsidiary in the 1970s, which had what can only be described as a streamlined conning tower on the after end. They looked very singular, and probably saved a little in an unhelpful wind, although a friend who sailed on one told me that they were difficult to dock, as you couldn’t see over the side as the bridge didn’t have any wings. But then, there are always compromises to be made in ship design.