A catalyst for change in shipping's future? 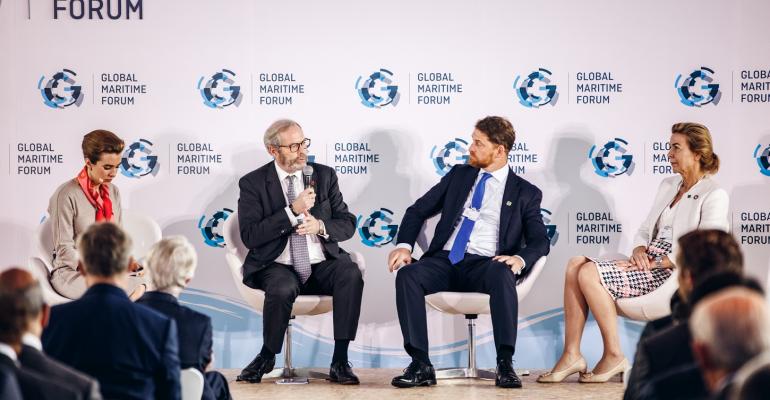 The Global Maritime Forum’s annual summit rolled into Singapore this week, capping off a year that has seen it shift from a high-level talking shop to actually beginning to realise its ambitions to be an agent of change in the shipping industry.

Growing from the Danish Maritime Forum, which started in 2014, and rebranded as the Global Maritime Forum three years later, the first summit outside Copenhagen was held in Hong Kong last year, and it has certainly succeeded in attracting global attention from at least a portion of the industry.

After the second Danish Maritime Forum in 2015 I wrote about how it was grappling the issue of transforming “thought into leadership”. This year has seen the launch of the Poseidon Principles for green financing and the Getting to Zero coalition with an aim of pushing decarbonisation in shipping. The closing of the summit in Singapore on Thursday saw more potential areas of involvement in the industry at large – most notably lobbying for a carbon levy.

The question is how much these initiatives will actually achieve, and how much they represent the industry as a whole versus the views of a relatively narrow group of like-minded industry leaders who gathered together for two days at the Flower Dome in Singapore’s Garden’s by the Bay. And, also, whether the forum is simply replicating the work of the large number of associations the industry already has.

There is a certain self-congratulatory tone to the summit and I lost count of how many times we were told about the “incredible work” the assembled executives were doing. It also retains degree of what could be characterised as a Scandinavian “greener than thou” type element, perhaps in part due to the demographic of the attendees, something I will come back to later. Presenting the Poseidon Principles in a plenary session to the forum Michael Parker, chairman, global logistics and offshore for Citi, was bullish about their ability to bring onboard both Asian banks and 80% – 90% of what he described as “serious lenders”.  The biggest growth area in ship finance – the Chinese leasing houses – were notable by their absence at the summit.

Kristin Holth, executive vice president, global head of ocean industries, DNB, said: “This is a good platform for new initiatives. But what is important now is to get more banks, Asian but also American so we can have much broader banking group aligned to the principles. The second is to incorporate it into reality.”

Asked about the impact of the principles Paul Taylor, global head of shipping for Societe Generale (SG), revealed that in many senses it was what the bank was already doing anyway and expects to keep supporting its clients in the way it has in the past.

“So far not a lot, and we hope that won’t totally change. At SG our strategy is to find new and modern ships and that strategy will continue. By signing the principles there are no obligations in changing the types of deal we do, we don’t impact each other’s decisions at all. So we can carry on financing the ships we want to finance for the ships we want to support,” Taylor said.

The depth and breadth of the group in terms of representing the industry as a whole was not a concern limited to the Poseidon Principles. There is no doubt the summit assembled a highly impressive group senior shipping leaders in a single location, but that said it would appear to remain quite heavily North European, with key shipowning and shipping business locations such as Greece and Asia relatively under represented.

Also by its very much forward looking nature the forum also appeals to a certain sphere of owners and businessmen.

Claus Hemmingson, chairman of DFDS, commented during the closing session: “We’re all here at the forum but there’s also a lot people who are not here. Even if you take shipowners and charterers that are not here, and there’s a lot of misalignment so there’s still a lot of stakeholder engagement to be done on the nearest front.”

It was a point also highlighted by BW Group chairman Andreas Sohmen-Pao in presenting work on a carbon levy to fund the decarbonisation of shipping. “We did think about some of the objections and barriers because it’s not only us in this room, we are a self-selecting group that is trying to think about how the future, and there are others.”

Read more: Vision for a carbon levy set out by top executives at the Global Maritime Forum

When it comes to how the forum will push for its position on the carbon levy the group felt it would it would need to work through existing shipping organisations such as the ICS and, obviously, the IMO as the industry’s global governing body. This means though the Global Maritime Forum is essentially  another industry group that can just bring pressure on other wider representative bodies.

How far can the Global Maritime Forum go as catalyst for change? Only time will tell. When the next annual summit convenes in London in October 2020 and hopefully we will see more progress on the initiatives discussed this week in Singapore than the UK has been making on Brexit.