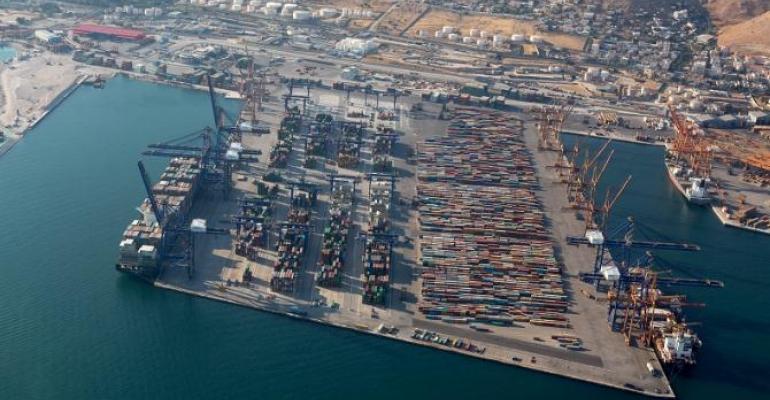 Within days of the launch of  2018, China Cosco Shipping launched a number of new projects to upgrade Piraeus to further strengthen the Greek port as Asia’s gateway to Eastern and Central Europe.

Since Cosco acquired a majority stake in Piraeus Port Authority (PPA) and assumed management in 2016 after winning an international tender, the image of the port has been changing rapidly, a fact Greek Shipping and Island Policy Minister Panayiotis Kouroublis stressed 4 January on the occasion of the launch of new projects to upgrade Greece's largest port.

Work is well advanced as the port readies to for the arrival from China of the new large floating dock ‘Piraeus III’, at the end of February.     The new works include dredging the harbour to create up to 20 m of operating depth, providing new electricity and water supply networks, and installing four mooring buoys for anchoring ships.

Kouroublis is full of praise for the Sino-Greek cooperation at Piraeus port. Speaking to Xinhua, 4 January, He said: “The projects that have started at Perama and will proceed with the lifting of two wrecks off Pier II by the Shipping ministry, so that the infrastructure for the installation of PPA's large floating dock can be created, show how smoothly the cooperation of the Greek government with the investors is progressing”.

“They also show the Shipping ministry's policy will continue to facilitate any development activity stemming from Cosco's contractual obligations regarding bureaucracy and other obstacles. At the same time, we support workers' rights by welcoming the latest agreement between employees and the PPA to sign a Collective Labor Agreement.”

The once booming Greek shiprepair industry has largely become dormant in recent years but with the arrival of the new dock the government hopes ships will no longer need to carry out repair and maintenance operations in other Mediterranean shipyards, while this move is also expected to create new jobs in the Greek market.

George Koumpenas, vp operations at Greece’s Celestyal Cruises, welcomed the works as a very positive development, in particular for companies managing passenger ships operating in the region as well as for the Greek shipbuilding industry.

“In recent years, due to a lack of suitable dock sizes, companies have been obliged to dock their vessels in neighbouring countries such as Malta, Turkey and Croatia. This has resulted in the loss of significant revenues for the national economy,” Koumpenas told Xinhua.

“Installation and operation of a large floating dock will help maintain and develop the shipbuilding industry in the wider Piraeus and Perama areas, as an important criterion for the choice of the port for seafaring companies is the ability to make repairs,” said Koumpenas.