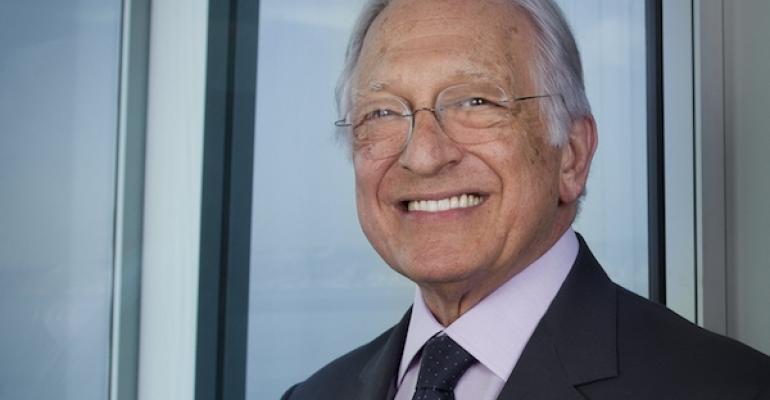 CMA CGM founder Jacques R Saadé has died at the age of 81.

Paying tribute to Saade CMA CGM said: “Jacques R. Saadé dedicated his life to CMA CGM.  An extraordinary visionary and entrepreneur, he made the Group into a world leader in the maritime transport of containers, developing the company in more than 160 countries, while maintaining the family dimension with its values.”

Saadé left Lebanon during the civil war to protect his family he was to found Compagnie Maritime d’Affretement (CMA) in Marseilles on 13 September 1978.

The company was founded with four employees and a single ship operating between Marseille and Beriut. In 1983 the company took its first ships beyond the Mediterranean through the Suez Canal and it launched its first North Asia – Europe service in 1986. CMA's first office opened in Shanghai in 1992.

The company has been a key player in consolidation in container shipping acquiring CGM in 1986, ANL in 1998 and Delmas in 2005.

Saadé's contirbutions have been widely recognised he received one of the highest decorations of the City of Hamburg, the Admiralitäts-Portugaleser.  He also received an Honorary Doctorate from the American University in Lebanon, as well as Lebanon’s National Order of the Cedar.   In 2014 he received an award from the Association of the Mediterranean Chambers of Commerce and Industry (ASCAME) for encouraging the economic development  and conveying a positive image of the Mediterranean Basin, as well as promoting peace and tolerance worldwide.

In 2015, he is conferred the title of Commander of the French Legion of Honor by the President of France.  The following year he was named Commander of the Ordre National du Mérite Maritime.

His son Rodolphe Saadé took over as ceo and chairman of CMA CGM in 2017.