Contship sells stake in transhipment terminal Gioia Tauro to TIL 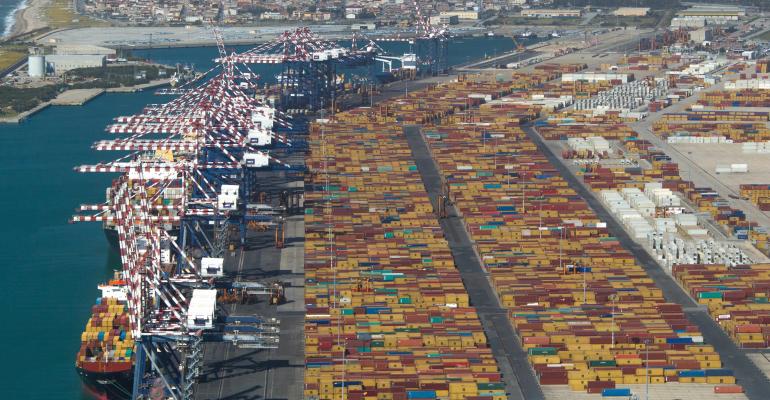 Contship Italia has concluded an agreement with Itaterminaux, a fully controlled subsidiary of MSC’s terminal arm TIL (Terminal Investment Ltd), for the sale of its 50% stake in Medcenter Container Terminal (MCT) at Gioia Tauro, Italy’s largest transhipment terminal.

Under the agreement, still subject to regulatory approval, TIL will own 100% of MCT’s owning company CSM Italia Gate. Terms of the deal were not disclosed

Previously TIL held a 50% stake in the Gioia Tauro terminal, located in mainland Italy’s southernmost Calabria region, but it failed to see eye-to-eye with co-owner Contship on future strategy. Industrial action over working conditions and an absence of investment in new infrastructure had brought the terminal to a standstill in recent months, forcing the Italian Transport Minister to step in early last month and set the two owners a 30-day deadline to agree a solution in order to get the port working again.

Contship Italia Group, which celebrates its 50th anniversary this year, is expected in future to focus on intermodal solutions based around its core Italian maritime terminal at La Spezia, inland terminal at Milan and smaller operations at the ports of Salerno and Ravenna. Rail connectivity with northern Europe has been key to its strategic development in recent years, and it is part of Hamburg-based Eurokai Group, described as the largest independent container terminal operator in Europe.

For MSC, TIL’s full control of Gioia Tauro effectively gives it control of its own transhipment centre in the central Med region, complementing the terminals of its 2M alliance partner Maersk Line at the Eastern (Suez) and Western (Algeciras) ends of the sea.

At the same time CMA CGM, through its subsidiary Terminal Link, controls Mediterranean transhipment hubs at Marsaxlokk, Malta and Tangier, while the remaining one of the four largest liner groups, Cosco, is fast developing its Med transhipment business out of Piraeus, Greece.