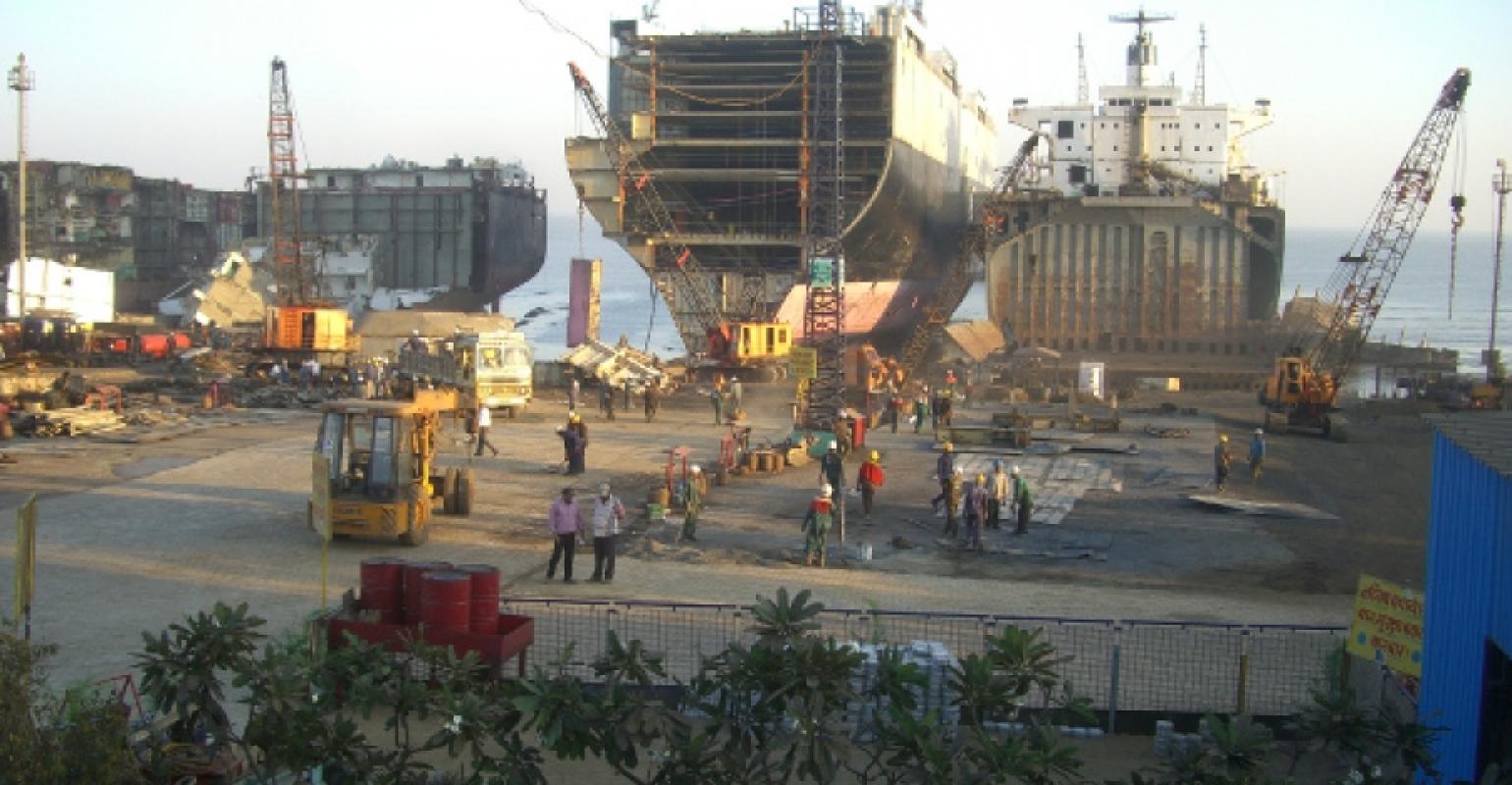 Leela Ship Recycling
End buyers in India, Bangladesh and Pakistan are continuing to reduce their price ideas, even as less tonnage becomes available in light of current buoyant charter markets.

“Scrap pricing almost seems to be in a complete contradiction of the trading markets,” said GMS in its weekly report.

The world’s largest cash buyer of end-of-life ships reports that prices in all three locations continue to fall, with typical prices ranging between $340 and $360 per light displacement ton (ldt) for bulk carriers and $350 to $370 for tankers. Only Turkey is remaining relatively stable, the company said, with corresponding prices in the $210 to $220 range.

GMS reports that recyclers are nervous about further declines ahead as they consider a possible influx of tonnage over the last quarter and into 2020. However, strengthening in the bulk markets means that there are very few vessels currently being proposed for demolition.

Some analysts had previously suggested that a wave of older tankers and bulkers might head for recycling late this year and early next. Their owners would face more expensive bunkers, they pointed out, as well as other costs including possible scrubber installations and ballast water systems if their ships were to undergo another special survey and trade for five more years.

Meanwhile, GMS said that currencies in both India and Pakistan have taken a battering this year while local steel plate prices have fallen sharply over the summer and monsoon months, by as much as $75 per ldt. The result has been that demolition prices have fallen from peaks earlier in the year of mid $400s and higher, to several recent deals on poorer units in the low $300s, the report said.