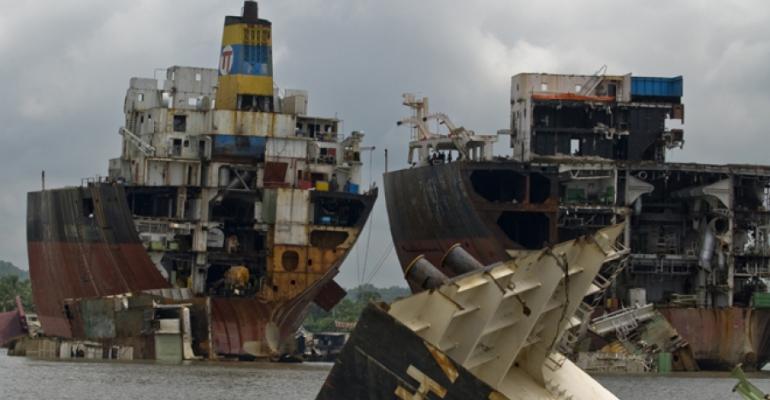 Your technical department has got a Ship Implementation Plan in place for IMO 2020, ballast water treatment systems have been ordered for the next IOPP survey, so what about IHM certification?

In the ever growing alphabet soup of regulations IHM – Inventory of Hazardous Materials (IHM) is important to know about if vessels in your fleet trade to Europe.

The EU Ship Recycling Regulation was passed six years ago and has gradually come into force gradually requiring an IHM for EU-flagged newbuildings and all EU-flagged vessels being sent to the breakers yard. From the end of 2020 though the regulation becomes much broader in scope applying to all ships, regardless of flag, calling at EU ports.

“IHM one of the hot topics that will affect the industry over the next two years,” Julien Dufour, ceo of Verifavia Shipping told a seminar in Singapore on Wednesday.

After showing a short 2014 documentary by National Geographic on shipbreaking in Bangladesh, which cast a poor light on environmental and safety matters, Dufour, commented:  “IHM about making the working conditions of shipyards better, at least little bit better.”

For shipowners the key point about IHM is it will be mandatory for all ships calling at EU ports after 31 December 2020, which according to Verifavia, will affect some 35,000 vessels in the global fleet. It is as Dufour noted, “a huge amount of ships”.

Not only do a large number of ships require IHM certification but it is also not a job that can be done in a couple of hours.

Dufour said that the average workload is around two weeks then with additional time for the classification society to certify compliance. “I urge shipping companies to start as soon as possible.”

IHM is not a one-time process and according to Verifavia is a “live document” that will have to be kept updated to remain in compliance.

Some major companies have started the process and in May Verifavia announced that along with Korean Register it would be carrying out IHM preparation and certification for over 100 vessels in Zeaborn Ship Management’s fleet.

To cater to the expected growth in business the company has opened Verifavia Shipping-IHM in Singapore and worldwide hired 18 hazmat experts.